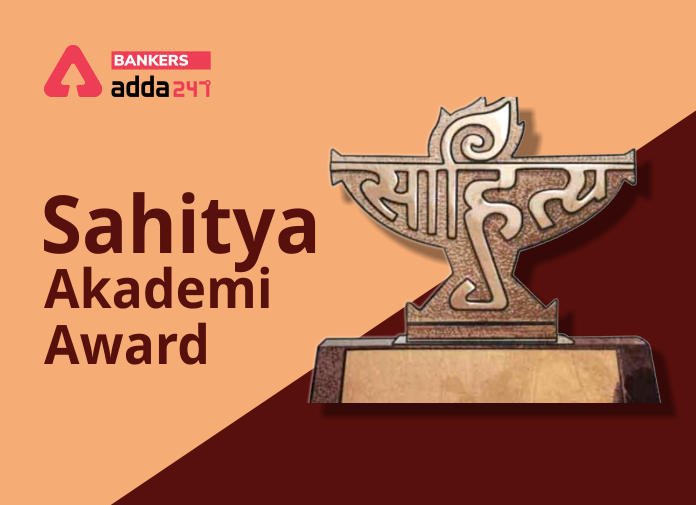 Sahitya Akademi Award: Ever since the inception of the Sahitya Akademi Award by Pandit Jawaharlal Nehru, who happened to be the first chairperson as well, it has been the dream of all Indian writers in various languages to look forward to one of the prestigious literary awards. It recognizes the most outstanding literary talent and the fine works of amazing writers in different Indian Languages. There is a criterion to win the award, and it is looked into by an esteemed jury. The award was conceptualized to promote the Indian literature scene in the global sphere. The first recipient was R.K.Narayan for his book ‘The Guide.’

The Akademi is run by three authorities

The initial amount of the prize was only Rs5000, and over the years, it has increased to one lakh rupees along with a citation. The academy is autonomous and comes under the Central Government’s Ministry of Culture.  To be able to get an entry, the work has to be either creative or of critical nature. The language advisory board looks into an outstanding contribution to the language by a writer when they are choosing the awardee in each language.

What it means to be a Sahitya Akademi Award winner?

For the winner, it is the second-best literary award to be won after the Jnanpith, which is the premier literary award in India, and very few people have been bestowed with the honor. The work will then be translated into other regional languages so that there is a wider reach out to the audiences. Pan India will get to know about your literary achievement along with the recognition.

For winning the award, the author can present a work of translation, an anthology, compilation, research work, work of an author who was awarded another literary prize (earlier) or won the Bhashan Samman/fellow of Sahitya Akademi/work of an executive board member of the academy. It could be a fresh collection of writing( which could have been published earlier or in the revised editions). Works that may be incomplete but the book is complete in itself as well as a posthumous publication are all eligible for this prestigious literary award.

It has to be noted who is part of the board, and the academy isn’t allowed to canvas for their works when the selection is being down, which can get them disqualified.

In the year 2019 the award has been given to the following:

Q. Which is the inception year of the Sahitya Akademi award?

Ans: It was in the year 1954 that such a prestigious literary prize began.

Q. When is the award presented?

Ans: The award is presented every year for the most outstanding original literary work.

Q. Which were the recent language additions made?

Ans: Bodo and Santhali were introduced in 2005.

Q. When were the first awards given?

Q. How much is the prize money?