This section can be easy as pie if your basics are clear. Sometimes, even those who can communicate very well in English, fail to perform to the best of their ability in the banking exams. So, instead of boiling the ocean, try building up a strong vocabulary, an effective knowledge of grammar, and efficient comprehension skills so as to be on the ball to face this particular section. Here is a quiz of  Sentence Rearrangement being provided by Adda247 to let you practice the best of latest pattern English Questions.

Directions (1-15): Rearrange the following five sentences (A), (B), (C), (D) and (E) in the proper sequence to form a meaningful paragraph and then answer the questions given below.
Q1.
(A) There is little surprise in the Law Commission of India recommendation that the Board of Control for Cricket in India be brought under the purview of the Right to Information Act.
(B) ‘State’ under Article 12 of the Constitution, subsequent developments have ensured that the public character of its functioning is widely recognised.
(C) Even though a five-judge Bench of the Supreme Court in 2005 held by a 3-2 majority that the BCCI could not be termed an instrumentality of the
(D) Over the years, the popular expectation that India’s cash-rich and commercially successful apex cricket body will have to make itself more transparent and accountable has been rising.
(E)  While the BCCI is a private body that needs no financial help from the government, it is being increasingly recognised that it performs significant public functions.
(a) ADECB
(b) AEDCB
(c) AECDB
(d) ABCDE
(e) ABDCE
S1. Ans.(a)
Sol. ADECB
Q2.
(A) are empanelled for implementation of the scheme, the official said.
(B) The Centre has allowed states to set up their own insurance companies for implementing the Pradhan Mantri Fasal Bima Yojana.
(C) The move comes after several requests from states as well as observations made by the Comptroller and Auditor General (CAG) in its 2017 report that
(D) old crop insurances schemes which have now been merged with PMFBY, were poorly implemented during 2011-2016.
(E) Presently, five public sector insurers and 13 private insurance companies
(a) BACED
(b) BDCEA
(c) BDCAE
(d) BCDEA
(e) BEDCA
S2. Ans.(d)
Sol. BCDEA
Q3.
(B) In war-torn Afghanistan, honey is regarded as a traditional cure-all but for one schoolgirl,
(C) the sticky commodity has also created opportunities to work and own a business in a country where few women do so.
(D) Three years ago, Frozan, now 19-years-old, obtained a small loan, bought two beehives and learned about apiculture from Hand in Hand International, a non-governmental organisation that focuses on poverty.
(E) The bees collected nectar from flowers growing near her home in the Marmul district in the northern Balkh province.
(A) Their first harvest produced about 16kg of honey, which enabled Ms. Frozan to pay back her loan and still have money left over.
(a) BACED
(b) BDCEA
(c) BDCAE
(d) BEDCA
(e) BCDEA
S3. Ans.(e)
Sol. BCDEA
Q4.
(A) Over the years, Central governments have allocated ever-rising sums towards procurement,
(B) input subsidies and rural employment schemes, while States have periodically announced loan waivers.
(C) Why are Indian farmers perpetually in revolt? The question has been raised by many after the recent farmers’ march to Mumbai
(D) and simmering rebellions across the States in recent years.
(E) No doubt, agriculture is one segment of the economy on which vote-conscious governments haven’t skimped on outlays.
(a) CABED
(b) CEDAB
(c) CDEAB
(d) CBDEA
(e) CADEB

S4. Ans.(c)
Sol. CDEAB
Q5.
(A) had been set up along the lines of co-operative societies,
(B) which gave assistance to its members engaged in primary agricultural activities.
(C) Over the past few years, a number of farmer producer companies
(D)  which provide similar assistance to their members.
(E) Mr. Jaitley noted that 100% deduction was allowed in respect of profit of the cooperative societies
(a) ECBAD
(b) EBCAD
(c) ECDAB
(d) EADCB
(e) EDACB
S5. Ans.(b)
Sol. EBCAD
Q6.
(A) I believe the long-term cure will be in the form of policies that provide a boost to credit growth, crop insurance, drip irrigation, warehousing, mechanisation
(B) Yet, there certainly are a few hits and a few misses:
(C) on suppressing symptoms instead of administering a cure.
(D) By taking a quick fix path, the government might be squandering its budget
(E) and availability of skilled farm labour. This will help the farmer more than double his income in the long run.
(a) DCBEA
(b) DCAEB
(c) DBACE
(d) DACBE
(e) DECAB
S6. Ans.(b)
Sol. DCAEB
Q7.
(A)  Overnight, the charm of producing a fine cup disappeared.
(B) Once this legislation was enacted planters, started selling uncured coffee instead of cured coffee.
(C) Today, the farm gate prices are quoted mostly for raw coffee. When raw coffee is traded, the criteria looked at is moisture content, appearance and outturns, not so much the cup taste.
(D) Soon, a vibrant, active, regular and credible market for raw coffee developed.
(E) The coffees were sold in raw coffee form which is a ‘bulk’ coffee.
(a) BCDEA
(b) BDAEC
(c) BEDAC
(d) BEDCA
(e) BACED

S7. Ans.(d)
Sol. BEDCA
Q8.
(C) The authors of the report alleged that Delhi had the “worst” cattle management problem in the country.
(B) None of the dairies had a male calf of more than two months of age
(E) and were flourishing in “illegal establishments”.
(D) There was also minimal veterinary care
(A) and indiscriminate use of Oxytocin here.
(a) CDEAB
(b) CADEB
(c) CEDBA
(d) CBEAD
(e) CBEDA
S8. Ans.(e)
Sol. CBEDA
Q9.
(A) Rather than addressing the genuine problems of farmers, politicians
(B) are unfortunately busy scoring points
(C) over the deaths of innocent farmers.
(D) The distress seems to have reached a tipping point, with scenes of dejected farmers
(E) throwing agricultural produce such as vegetables and milk on the roads becoming a routine feature in recent years.
(a) DEACB
(b) DEABC
(c) DACBE
(d) DBCEA
(e) DCBEA
S9. Ans.(b)
Sol. DEABC
Q10.
(A) The duration of these exhibitions is for about three to four days and the footfall is usually more of casual visitors.
(B) At best they can know about it through extensive visits to exhibitions.
(C) and launch new products in exhibitions.
(D) Businesses and small companies spend thousands of dollars to showcase their existing products
(E) While the urban trader has access to new products and technology it is difficult for those from remote towns to know about them.
(a) EBDCA
(b) EBCDA
(c) EACDB
(d) EDCBA
(e) ECDAB
S10. Ans.(a)
Sol. EBDCA
Q11.
(A) that suit local conditions.
(B) To encourage people grow coconut even in their backyards and increase the overall productivity,
(C) the Department of Agriculture is all set to commence a
(D) coconut nursery on the State Seed Farm premises at Pongalur
(E) for production of hybrid varieties
(a) BDCEA
(b) BCADE
(c) BCDEA
(d) BACDE
(e) BEADC
S11. Ans.(c)
Sol. BCDEA
Q12.
(A) The transfer of the business offers an opportunity
(B) for immense value creation in agriculture.
(C) This consolidation will also enable the organisation
(D) to focus on agri-business and will allow us
(E) to serve the farmers with greater passion
(a) ACDEB
(b) ABCDE
(c) ABDEC
(d) ACBED
(e) AEDCB
S12. Ans.(b)
Sol. ABCDE
Q13.
(A) of land and water, respectively
(B) are raising the scarcity value
(C) Rapid industrialisation and climate change
(D) It has become cereal-centric and as a result, regionally biased and input intensive.
(E) Indian agriculture, in a way, a victim of its own past success — especially the green revolution.
(a) EBCDA
(b) ECBDA
(c) EDBCA
(d) EACDB
(e) EDCBA
S13. Ans.(e)
Sol. EDCBA
Q14.
(A) seem to be almost at par.
(B) India’s imports are also more to meet the need for long staple cotton.
(C) For Indian spinners, with failure of monsoon in many places this year where long staple cotton is grown,
(D) At present, Australian cotton and Indian cotton prices
(E) Australian cotton can be an option.
(a) BADCE
(b) BCADE
(c) BECDA
(d) BCEDA
(e) BDCEA
S14. Ans.(d)
Sol. BCEDA
Q15.
(A) the first seven months of the financial year 2015-16.
(B) and reduced month by month and reported 46,980 tonnes compared to 1,40,098 tonnes during
(C) Soybean crushing is very much reduced due to continuous disparity
(D) and high price of domestic market affecting overall domestic availability of both oils and meals.
(E) The export of soybean meal is at a historical low during current year
(a) CEADB
(b) CDABE
(c) CDEBA
(d) CADEB
(e) CBEDA 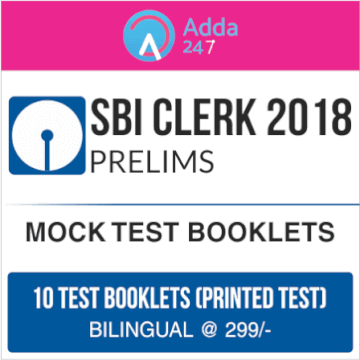 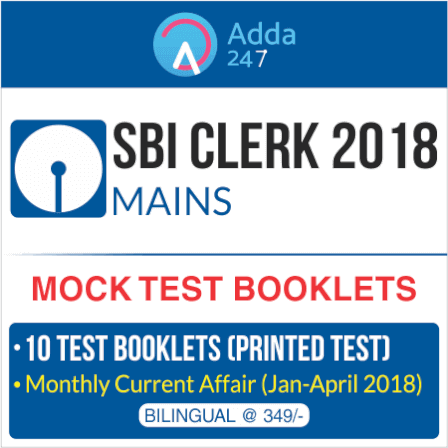