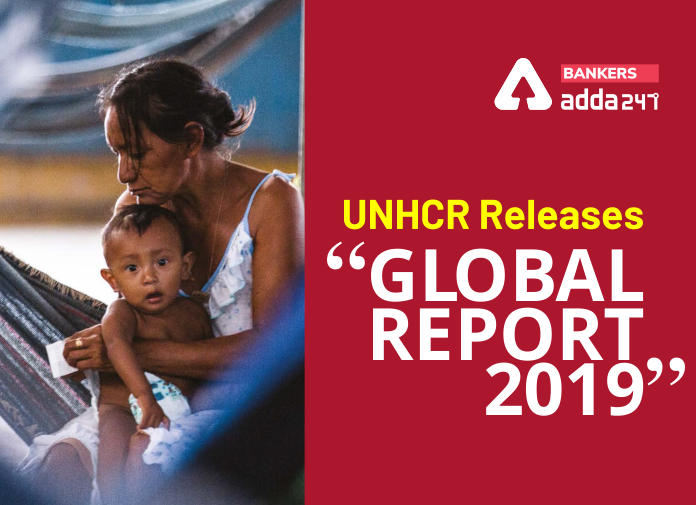 The United Nations High Commissioner for Refugees (UNHCR) has released a report titled “GLOBAL REPORT 2019“. It indicates the efforts carried out by UNHCR in year 2019 in order to protect and improve the lives of people of concern—refugees, internally displaced people, stateless persons, returnees, and others of concern. It states that the number of refugees under UNHCR’s responsibility have doubled from 10.4 million to 20.2 million while the internal displacement of people increased by nearly 60% from 27.1 million people to 43.5 million.

United Nations High Commissioner for Refugees (UNHCR) is an United Nations Refugee Agency. It is a global organization which is engaged into works of saving lives, protecting rights as well as building a better future for refugees, forcibly displaced communities and the stateless people. It ensures that everybody has the right to seek asylum and find safe refuge, after escaping from violence, persecution, war or disaster at home. Established in 1950, UNHCR is headquartered at Geneva, Switzerland and is presently headed by Filippo Grandi who is the 11th United Nations High Commissioner for Refugees. UNHCR is present in 130 countries and territories with offices in 507 locations.

The United Nations High Commissioner for Refugees has released a report titled “GLOBAL REPORT 2019″ which highlights the UNHCR’s achievements in year 2019, as well as challenges confronted by the organization as well its partners, while responding to multiple life-threatening crises and ever-growing displacement and humanitarian needs.