Skip to content
Latest Banking jobs   »   What is a Treasury bill and... 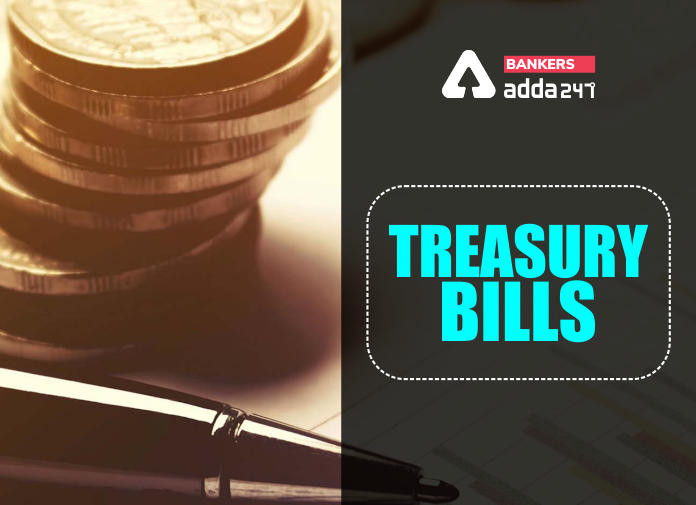 Learning about treasury bills: It is one of the money market instruments issued by the government of India, commonly known as the treasury bill, which is like a promissory note that will guarantee payment at a later date. These bills allow the government to collect funds for short term requirements and help reduce the fiscal deficit. Treasury bills are borrowing tools which have a short duration of about a year with no interest coupon. They get issued at a discount and get published at a nominal value as per government security.

Individuals are allowed to buy these treasury bills at a discount of the face value of the security, which then gets redeemed to their nominal value. By doing this, the investors can gain the difference as profit.

These bills are raised to meet the on-going obligations of the economy, which are more than the annual revenue generated. Treasury bills help the circulation of the currency to be regulated at any given point of time. The RBI has the right to issue the treasury bills under its open market operations strategy to

When treasury bills are released?

You might have understood that treasury bills are a tool utilized by RBI effectively to regulate the money supply in the economy as well as using it as a fundraiser in reducing the fiscal deficit.

There are different types of treasury bills issued by the government, which have varying face values and discount rates, that change according to the funding requirement, monetary policy, and total bids placed. The changes are periodic, and so are the bills which begin from 91 day, 182 day and 364-day treasury bills. The following table shows Treasury Bills – Chronology of Developments (source RBI’s official website)

The features of the T- bills

You can find that some of the open-ended mutual funds that include the treasury bills in their corpus, who are ready to invest in them.

The yield rate is calculated thus,

Limitations to the bill

It is a good investment tool because it provides security, and it allows for portfolio diversification.

Due to the COVID-19 outbreak, the economic slowdown has caused the government to be cash strapped, hence the use of treasury bills to reduce the cash flow stress on the economy.