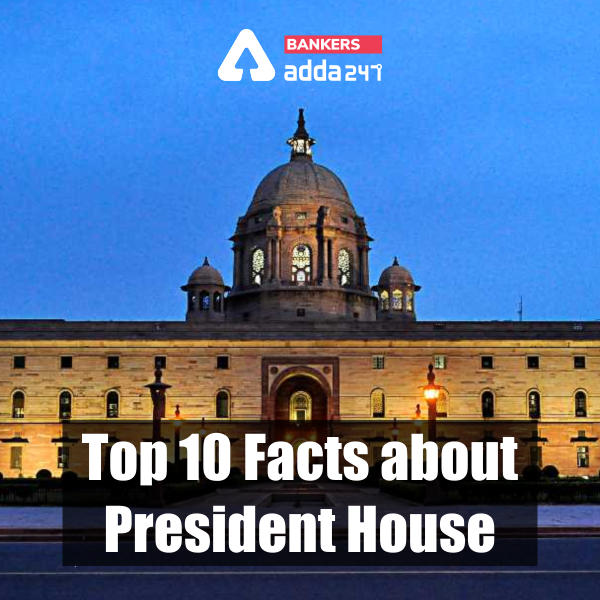 President’s house or Presidential palace or Rashtrapati Bhavan is one of the beautiful example of architecture. This is the resident of the president of India and earlier it was the resident of viceroy of India. Rashtrapati Bhavan is different from other president’s houses for so many reason and in this article, we will be discussing Top 10 facts about president house which will completely mesmerize you. There are certain portions of Rashtrapati Bhavan which are open for public and anyone with valid ID proof can visit these portions and admire the beauty. Let’s give you Top 10 facts about president House which you never heard before.

(1) The Rashtrapati Bhavan is the second-largest residential building in the world after  after the Quirinal Palace, Rome, Italy with 300 rooms including staff rooms and offices.

(2) It was completed in 17 years and 29000 workers were employed during the construction of Rashtrapati Bhavan.

(3) It has been built by using 700 Million bricks and 3 million cubic feet of stones.

(4) A festival name Udyanotsav. is celebrated every year in which  Mughal Garden with more than 100 varieties of flowers behind the Rashtrapati Bhawan is opened for the general public to visit.

(5) Durbar hall where the 4th century Buddha is placed at the back of it, if you will go straight from there then you will reach India Gate.

(6) Rashtrapati Bhavan has a Gift Museum, where all the gifts received by the presidents are kept.

(8) Every Saturday at 10am, a ceremony name: the change of guard takes place, which is a 30-minute ceremony. It is open for everyone to attend with a valid photo ID.

(9) Ashoka Hall in Rashtrapati Bhavan  consist of amazing paintings like of Fateh Ali Shah, Qajar rulers of Persia and some paintings are made by an Italian painter Colonnelo of forest theme etc.

(10) Banquet hall in Rashtrapati Bhavan has amazing light system along with the secret gallery for musicians and in this hall 108 guests can sit at one time.