IBPS PO Prelims exam is schedule to be conducted on 3rd, 10th and 11th October 2020. Candidates are advised to download their call letters for the same and start giving final touch to their preparation. In this, space we will be sharing about the Expected Good Attempts for IBPS PO Prelims exam 2020. Our analysis will be based on many factors like: the total number of vacancy, Difficulty level of exam etc. These factors influence the cut off of an exam to a great extent and hence we will be covering them in detail here. Also, this is just expected Cut-Off and the final cut off may vary so prepare accordingly.

Let’s consider all the factors that will determine the Expected Cut off for IBPS PO Prelims Exam 2020:

Over the years, the competition has only become fierce. Number of serious candidates has increased tremendously as we can see that the cut off has only increased over the years. Last year the number of vacancies were more than the its precedent year, yet the cut off was higher. From this you can analyses that the competition is only increasing with time. 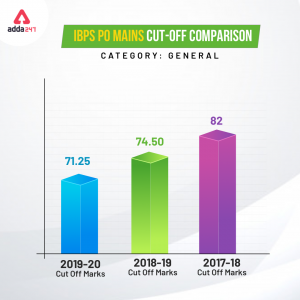 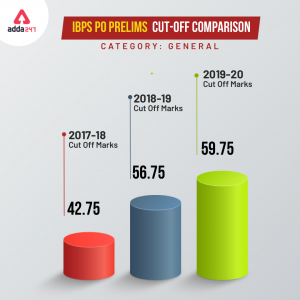 Now, that we have considered almost all the factors that plays an important role in determining the IBPS PO good attempts. We can say that the expected Cut off  will be more this year in comparison to the last year

We are giving you the IBPS PO Prelims 2020 Expected Cut Off. We will update this after the exam analysis:

We hope that the above given information will be useful for you. For more interesting and informative articles, stay tuned to bankersadda!