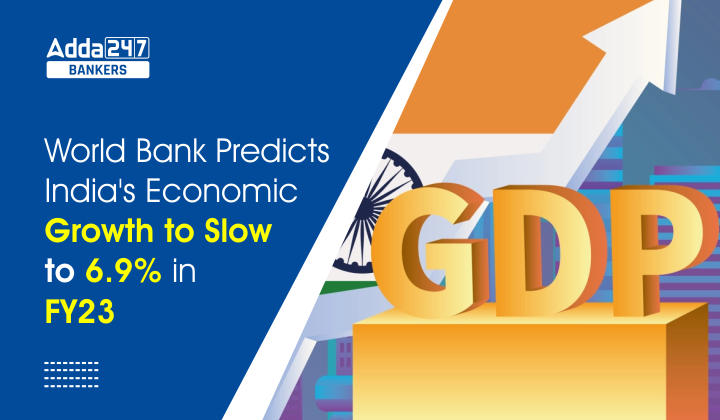 World Bank Predicts India’s Economic Growth to Slow to 6.9% in FY23: The World Bank’s report has predicted that India’s economic growth will slow to 6.9% in the Financial Year 2023 as compared to the 8.7% growth in the previous financial year. Here, in the given post we have discussed all the key highlights covered in the report of the World Bank.

What is the prediction of World Bank regarding the Economic Growth Of India?

The prediction of World Bank regarding the Economic Growth of India is that it will slow down to 6.9% in Financial Year 2023.