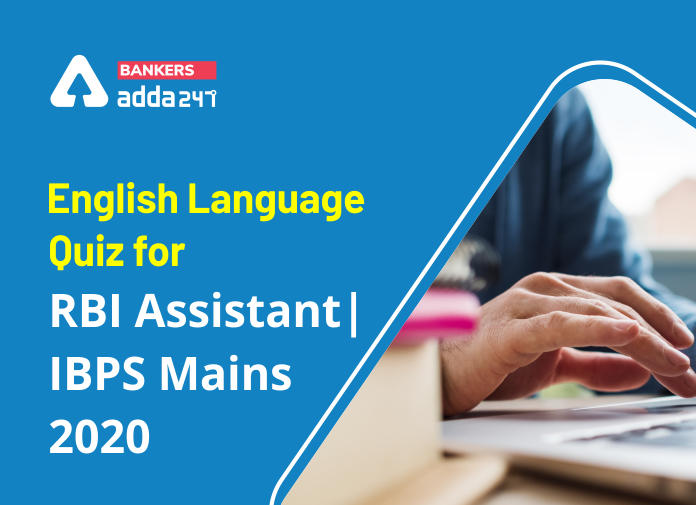 Directions (1-8): Read the passage carefully and answer the questions given below it. Certain words/ phrases have been given in bold to help you locate them while answering some of the questions.

Political ploys initially hailed as masterstrokes often end up as flops. The Rs. 60000-crore farm loan waiver announced in the budget writes off 100% of over dues of small and marginal farmers holding up to two hectares, and 25% of over dues of larger farmers. While India has enjoyed 8%-9% GDP growth for the past few years, the boom has bypassed many rural areas and farmer distress and suicides have made newspaper headlines. Various attempts to provide relief (employment guarantee scheme, public distribution system) have had little impact, thanks to huge leakages from the government’s lousy delivery systems. So, many economists think the loan waiver is a worthwhile alternative to provide relief. However, the poorest rural folk are landless laborers, who get neither farm loans nor waivers. Half of small and marginal farmers get no loans from banks and depend entirely on money lenders, and will not benefit, Besides, rural India is full of family holdings rather than individual holdings, and family holdings will typically be much larger than two hectares even for dirt-poor farmers, who will, therefore, be denied the 100% waiver. It will thus fail in both it economic and political objectives. IRDP loans to the rural poor in the 1980s demonstrated that crooked bank officials demand bribes amounting to one-third the intended benefits. Very few of the intended beneficiaries who merited relief received it. After the last farm loans waiver in 1990, many banks went slow on fresh farm loans for some years. This waiver will similarly slow down fresh loans to deserving farmers. While over dues to co-operatives may be higher, economist Surjit Ballad says less than 5% of farmer loans to banks are overdue, i.e. over dues exist for only 2.25 million out of 90 million farmers. If so, then the 95% who have repaid loans will not benefit. They will be angry at being penalized for honesty. The budget thus grossly overestimates the number of beneficiaries. It also underestimates the negative effects of the waiver–encouraging will full defaults in future and discouraging fresh bank lending for some years. Instead of trying to reach the needy through a plethora of leaky schemes we should transfer cash directly to the needy, using new technology like biometric smart cards, which are now being used in many countries, and mobile phone bank accounts. Then benefits can go directly to phone accounts operable only by those with biometric cards, ending the massive leakages of current schemes. The political benefits of the loan waiver have also been exaggerated since if only a small fraction of farm families benefit, and many of these have to pay massive vote-winner ? Members of joint families will feel aggrieved that, despite having less than one hectare per head, their family holding is too large to qualify for the 100% waiver. All finance ministers, of the central or state governments, give away freebies in their last budgets, hoping to win electoral regards. Yet, four-fifths of all incumbent governments are voted out. This shows that beneficiaries of favors are not notably grateful, while those not so favored may feel aggrieved, and vote for the Opposition. That seems to be why election budgets constantly fail to win elections in India and the loan waiver will not change that pattern.

Q1. Why do economists feel that loan waivers will benefit farmers in distress?
(a) It will improve the standard of living of those farmers who can afford to repay their loans but are exempted.
(b) Other government relief measures have proved ineffective.
(c) Suicide rates of farmers have declined after the announcement of the waiver.
(d) Farmers will be motivated to increase the size of their family holdings not individual holdings.
(e) The government will be forced to reexamine and improve the public distribution system.

Q2. What message will the loan waiver send to farmers who have repaid loans?
(a) The government will readily provide them with loans in the future.
(b) As opposed to money lenders, banks are a safer and more reliable source of credit.
(c) Honesty is the best policy
(d) It is beneficial to take loans from co-operatives since their rates of interest are lower.
(e) None of these

Q3. What is the author’s suggestion to provide aid to farmers?
(a) Families should split and joint holding to take advantage of the loan waiver.
(b) The government should increase the reach of the employment guarantee scheme
(c) Loans should be disbursed directly into bank accounts of the farmer using the latest technology.
(d) Government should ensure that loan waivers can be implemented over a number of years.
(e) Rural infrastructure can be improved using schemes which were successful abroad.

Q4. What was the outcome of IRDP loans to the rural poor?
(a) The percentage of bank loans sanctioned to family owned farms increased
(b) The loans benefited dishonest money lenders, not landless labors.
(c) Corrupt bank officials were the unintended beneficiaries of the loans.
(d) It resulted in the government sanctioning thrice the amount for the current loan waiver.
(e) None of these

Q6. What is the author’s view of the loan waiver?
(a) It will have an adverse psychological impact on those who cannot avail of the waiver.
(b) It is justified measure in view of the high suicide rate among landless laborers.
(c) It makes sound economic and political sense in the existing scenario.
(d) It will ensure that the benefits of India’s high GDP are felt by the rural poor.
(e) None of these

Directions (7–8): Choose the word which is most nearly the SAME in meaning as the word printed in bold as used in the passage.

Directions (9-15): The Following questions have two blanks, each blank indicating that something has been omitted. Choose the set of words for each blank that best fits the meaning of the sentence as a whole.

Q10. Germany had been a nation………………in one country of numerous states which had a common language and…………………
(a)  assembles, dialect
(b) assimilating, script
(c)  embedded, civil
(d) togetherness, traditions
(e)  formed, code

Q11. The quality of __________ between individuals and the organization for which they work can be _________ to the benefit of both the parties.
(a) services, evaluate
(b) interaction, improved
(c) sophistication, developed
(d) worked, appreciated
(e) life, conceptualized

Q12. Part of the confusion in our societies ____________ from our pursuit of efficiency and economic growth, in the __________ that these are the necessary ingredients of progress.
(a) stems, conviction
(b) derives, access
(c) emerged, consideration
(d) obtained, exploration
(e) extended, planning

Q13. The problem of housing shortage ___________ with the population explosion has also been ___________ by this policy.
(a) coped, highlighted
(b) dispensed, acknowledged
(c) compounded, addressed
(d) threatened, manifested
(e) project, discussed

S3.Ans.(c)
Sol. Loans should be disbursed directly into bank accounts of the farmer using the latest technology.

S4.Ans.(c)
Sol. Corrupt bank officials were the unintended beneficiaries of the loans.

S.7.Ans.(a)
Sol. Incumbent means necessary for (someone) as a duty or responsibility.
Mandatory- compulsory
For other options:
incapable – not having the ability of doing something
lazy – inactive
officious – eager to tell people what to do the one who thinks of himself to be knowing everything and having all the good qualities.

S8.Ans.(c)
Sol. Ploy means something which is done or said to gain advantage (usually by cheating on people)
ruses – tricks
For other options:
surveys – view or examine something in detail.
entreaties – earnest requests or petitions
conspiracies – unlawful or evil plans which are meant to ring harm to someone and plotted secretly.

S9. Ans.(c)
Sol. Segment means each of the parts into which something is or may be divided.

S12. Ans.(a)
Sol. Stems mean originate in or be caused by.
Conviction means a firmly held belief or opinion.

S15. Ans. (a)
Sol. “accomplish, organizing” is the most suitable pair to fill the given blanks.