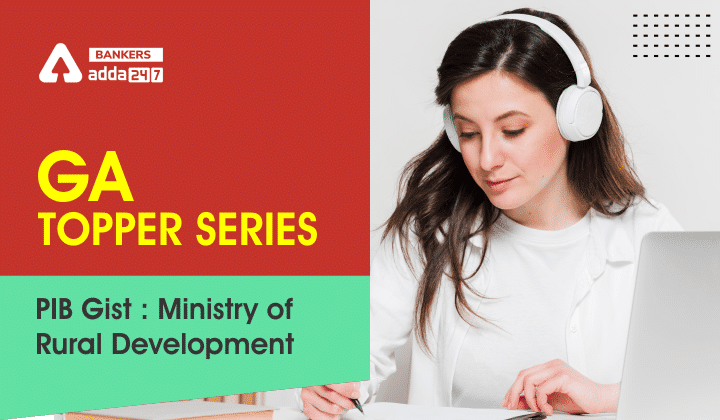 The following article is a compilation of the important facts shared by the Ministry of Rural Development on the PIB website.

India’s commitment to restore degraded land from 21 million hectares to 26 million ha while receiving the Presidency of COP-14, UNCCD in 2019 will be accomplished by increasing watershed area.

(i) Production Systems (Plantation and Horticulture)

DoLR has financially supported 6382 watershed projects in States/UTs with a target of 29.57 million ha under WDC-PMKSY 1.0 which has successfully been concluded in March 2022. Completion reports and End-line reports of projects are being received in DoLR and the outcomes reported are incredible:

So far 5693 projects have been reported as completed by States/UTs covering an area of 27.10 million ha. Meanwhile DoLR has, during December, 2021, also rolled out WDC-PMKSY 2.0 with a Central allocation of Rs.8134 crore and physical target of 4.95 million ha. A total of 1099 projects have already been sanctioned under WDC 2.0. As it was imperative on the part of the Department, with the help of National Rainfed Area Authority (NRAA), DoLR revised the existing Guidelines to make it more inclusive, scientific and explicitly production systems oriented.

Under WDC-PMKSY 2.0, Springshed development has been incorporated as a new activity within the project areas of watershed. It was on the basis of recommendation of NITI Aayog which in collaboration with ICIMOD published a report in 2017-18 showing almost 50% of 4-5 million springs in India are either dried up or are on the verge of drying up. The development of springshed in mountainous regions would help address the issues of ecological, economic and biodiversity security of the country.

WDC-PMKSY 2.0 is also important because the Springshed development has been incorporated as one of the new activities. This could be of paramount importance especially for the Himalayan States/UTs and other mountainous regions of the country which are strategically, ecologically, economically socio-politically are of high significance. Ironically, the Himalayan States/UTs receive plenty of rains during the monsoon season but during lean period they face stark problem of paucity of drinking water. Conversely, the fragile Himalayan landscape also encounters ecological degradation and landslide problems very frequently. By rejuvenating springs in mountainous regions under the project areas of WDC-PMKSY 2.0, all States/UTs could immensely be benefitted.

DoLR has taken a lead to capitalize on the potential of WDC-PMKSY 2.0 and contribute substantially towards doubling of farmers’ income, Nationally Determined Contributions, Land Degradation Neutrality and Sustainable Development Goals etc.—thus transforming India.

2. It has come to the knowledge of the Union Ministry of Rural Development that an organization named ‘Gramin Udhyamita Sansthan”, claiming to be authorized by the Govt. of India and working under the Ministry of Rural Development, is carrying out a recruitment process since the month of November for the posts of Data Analyst, Administrative Officer and MTS for the states of Uttarakhand, Punjab and Haryana.

GIS enabled data for more than 45 lakh kms road length has been compiled under the eMARG (electronic Maintenance of Rural Roads under PMGSY) project during the last three years. More than Rupees 73,000 crore has been spent, generating 66 crore man days work during the period 2019-20 and 2021-22.

5. An MoU between the Ministry of Rural Development and Amazon Seller Services Private Limited(Amazon) was signed at Krishi Bhawan, New Delhi.

It is envisaged that this alliance will enable SHG entrepreneurs under NRLM to offer their products to the buyers across India through AmazonSaheli Storefront and help SHG women achieve good price for their varied products.

To further facilitate the marketing of SHGs products, NRLM is creating an alliance with Amazon Saheliand both the entities signed a non-Financial MoU to offer SHG women the Storefront of Amazon Saheli.  This will open a new platform for making SHG products available to all Indian buyers at Amazon.

Prime Minister launched a new Mission on Amrit Sarovar on 24th April 2022. The Mission is aimed at developing and rejuvenating 75 water bodies in each district of the country as a part of the celebration of Azadi ka Amrit Mahotsav. In total, it would lead to creation of 50,000 water bodies of a size of about an Acre or more.

This Mission has been launched with a whole of Government Approach in which 6 Ministries/Department namely Dept of Rural Development , Department of land resources, Department of Drinking Water and Sanitation, Department of Water resources, Ministry of Panchayati Raj, Ministry of Forest, Environment and Climate changes. Also BhaskaracharyaNational Institute for Space Application and Geo-informatics(BISAG-N) has been engaged as Technical partner for the Mission. The Mission works through the States and Districts, through refocusing of various schemes such as Mahatma Gandhi NREGS, XV Finance Commission Grants, PMKSY sub schemes such as Watershed Development Component, Har Khet Ko Pani besides States’ own schemes. The Mission Amrit Sarovar is to be completed by 15th August 2023.