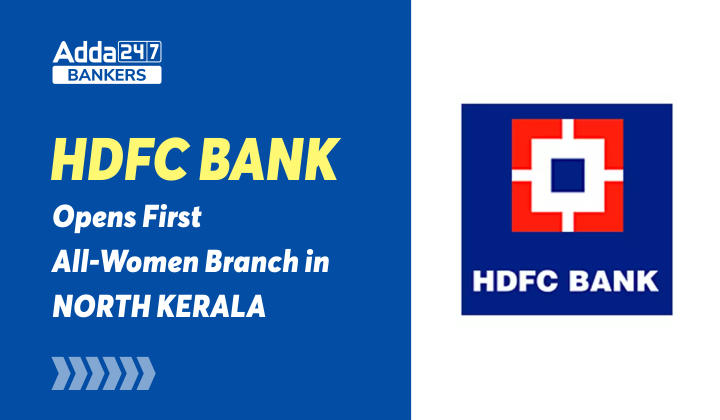 HDFC Bank opened an all-women branch in Kozhikode, north Kerala. It was inaugurated by the  Mayor of the city Corporation Beena Philip.  It is a step by HDFC Bank to advance gender and diversity initiatives.

As of March 31, 2022, women made up 21.7% (21,486) of the workforce, according to the bank. By 2025, the private lender wants to raise it to 25%. Deals beyond a certain threshold require regulator approval, which keeps an eye on unethical business practises in the marketplace.

What are the various campaigns and news of HDFC Bank?

According to Times of India report, HDFC Bank will be among the world’s top 10 most valuable banks after its merger with the parent, mortgage lender Housing Development Finance Corporation (HDFC).

HDFC Bank, India’s largest private sector bank, announced the launch of a new range of co-branded credit cards with Retailio, aimed largely at chemists and pharmacies in the merchant market.

All about its merger with HDFC Ltd.

The reason of merger is that there is increase in restriction in the field of NBFC by the RBI, so its better to have single entity.

Who is the MD and CEO of HDFC Bank?

When it was founded and where its headquarters ?

What is the tagline of HDFC Bank?

We Understand Your World

Jan Samarth Portal: All you need to know about National Portal for Credit Linked Government Schemes