Directions (11-15): The following questions are based on the five three digits numbers given below:

Q13. If the position of first and third digits of the numbers are interchanged with each number then how many numbers thus formed will be completely divisible by 2?
(a) None
(b) Three
(c) More than three
(d) One
(e) Two

Q15. If in each number, both first and second digits are added and then third digit will be subtracted from that addition then which of the following will be the highest resultant?
(a) 4
(b) 2
(c) 1
(d) 8
(e) 10 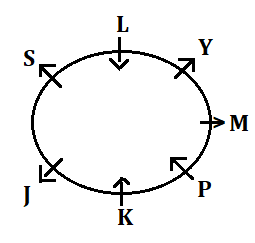 S14. Ans.(b)
Sol. First digit of second highest number is 5 and second digit of the second lowest number is 1. So, the resultant will be 5.