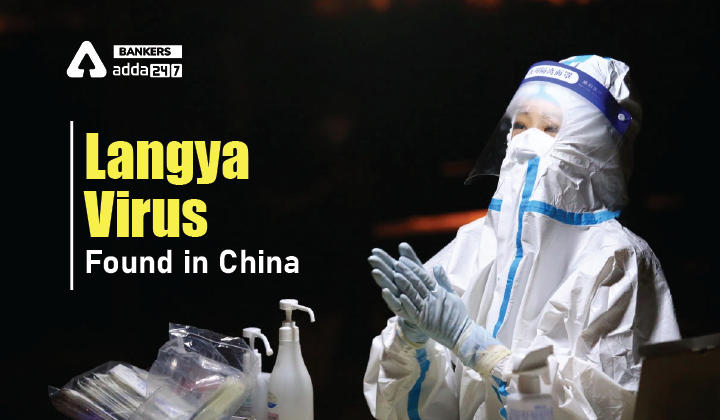 Recent in news :At least 35 people have been found infected with Langya virus in Shandong and Henan provinces of China.

What is Langya Virus?

The newly discovered virus is a “phylogenetically distinct Henipavirus”, according to a recent study — A Zoonotic Henipavirus in Febrile Patients in China.

What is the meaning of Henipavirus?

Henipaviruses form a genus of RNA viruses in the family Paramyxoviridae, order Mononegavirales. The key members of the genus, Hendra and Nipah viruses, have been associated with multiple lethal disease outbreaks in humans and animals. Bats are the main reservoir of henipaviruses.

What is RNA virus?

RNA Virus is a virus that has ribonucleic acid (RNA) as its genetic material. They can be single stranded and double stranded.

Where has Langya virus come from?

In all likelihood, the new virus has jumped from an animal to humans. The LayV virus RNA has been predominantly found in shrews, which may be its natural hosts. The study zeroed in on shrews after conducting a serosurvey of domestic and wild animals. Among domestic animals, seropositivity was detected in goats and dogs.

What are the symptoms of Langya virus?

The symptoms are fever, fatigue, cough, nausea. The study also found that 35% had impaired liver function, while 8% had their kidney function impacted. The patients were accompanied by abnormalities of “thrombocytopenia (35%), leukopenia (54%), impaired liver (35%) and kidney (8%) function”, the study noted. Thrombocytopenia is low platelet count, while leukopenia means a fall in the white blood cell count, in turn reducing the body’s disease-fighting capability.

What are the other virus outbreaks seen in recent past?

Monkey pox: It is caused by monkeypox virus, a member of the Orthopoxvirus genus in the family Poxviridae. Monkeypox is usually a self-limited disease with the symptoms lasting from 2 to 4 weeks. Severe cases can occur. In recent times, the case fatality ratio has been around 3–6%.

Tomato Fever: The viral illness is known as ‘Tomato Fever’ because persons who contract it experience rashes and blisters all over their bodies that are red and resemble tomatoes

What is the reason for so many virus attack in recent past?

Most of the virus were zoonotic , meaning transfered from animal to human. The proximity of humans with the wild animals is one of the reasons. Eating animal meat food has increased the risk. With changing environment, there is rapid change in the evolution trajectory of virus.

How India deals with the various outbreaks?