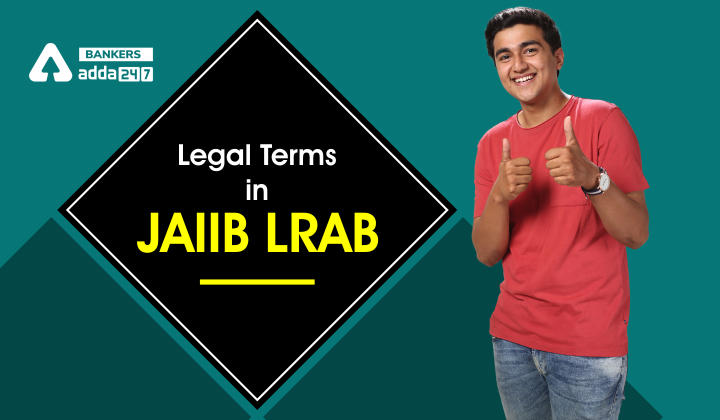 Legal Terms in JAIIB LRAB: JAIIB, Junior Associate of the Indian Institute of the Bankers is a flagship course conducted by the Indian Institute of Banking and Finance(IIBF). There are 3 papers for the JAIIB Exam: PPB(Principles and Practices of Banking), AFB(Accounting and Finance for Bankers), and LRAB(Legal and Regulatory Aspects of Banking). LRAB is the 3rd paper and in this paper mainly the legal aspects are dealt with. To get command over the topics of LRAB the aspirants must be aware of the legal terms. In this article, we have discussed the various legal terms that are associated with the topics of JAIIB LRAB.

LRAB is one of the scoring papers of JAIIB and to score good marks the concepts of the topics must be crystal clear. In the topics of LRAB candidates will come through various legal terms. Some of the legal terms that will be used in the LRAB Paper of JAIIB are provided below. 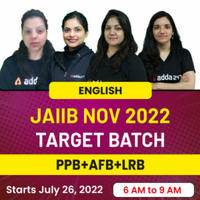 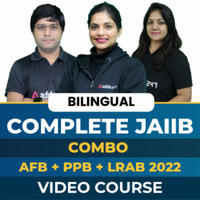 Q.1 What are some of the legal terms used in the LRAB Paper of JAIIB?

Ans. Some of the legal terms used in the LRAB Paper of JAIIB are Enforcement, Ombudsman, Negotiable Instrument, Limitation, Security, Interest, Asset, etc.

Q.2 What do you mean by the Legal Term Asset?

Ans. A resource that has an economic value and it is possessed by an individual, corporation or country. The assets are controlled with the expectation that in future it will provide benefit.