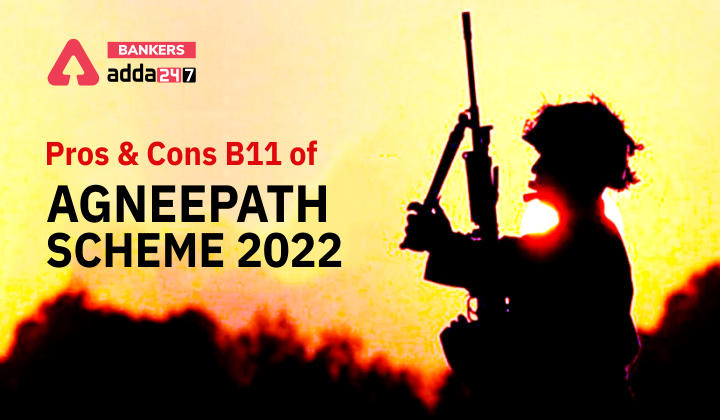 Pros And Cons of Agneepath Scheme: The Indian government has announced a new Scheme “Agnipath” for recruiting soldiers across the three services. This new defense recruitment reform has been cleared by the cabinet committee on security and will come into effect immediately. The soldiers recruited under the scheme will be called “Agniveers”. Through this recruitment, a total number of 46000 Agniveers will be recruited across the nation. In this article, we will discussing the Pros and Cons of the Agneepath scheme.

Pros And Cons of Agneepath Scheme

The Agneepath is a new scheme introduced by the government of India on 14th June 2022, for the recruitment of soldiers below the rank of commissioned officers into the three services of the armed forces. All recruits will be hired for 4 year period initially. Personnel recruited under this system are to be called Agniveers. After the launch of this scheme, the youth began the protests against it. In this article, we will be going to discuss the Pros & Cons of the Agneepath Scheme.

Agneepath Scheme has been announced on 14th June 2022 by defence minister Rajnath Singh in the presence of the three service chiefs, the scheme aims to make the Indian armed forces a much younger, leaner fighting force. Under it, the government will recruit Indian youth between the ages of 17-and-a-half and 21 into the armed forces where they will get six months’ training and then provide 3.5 years of service. In below table, candidates can check the detail related to agneepath recruitment. 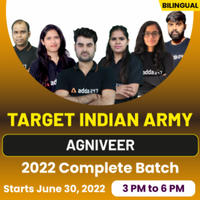 Q1. What are the benefits of Agneepath Scheme 2022?

Ans. The benefits of Agneepath scheme 2022 is given in the above article.

Q2. What is the biggest disadvantage of Agneepath Scheme 2022?

Ans. The biggest disadvantage of Agneepath scheme 2022 is that candidates recruited under this scheme will have only 4 years of service and then only 25% of the soldiers will be retained in the permanent services for 15 years tenure.