RBI Assistant 2020 Prelims exam is tentatively scheduled to be held on 14th & 15th February 2020 while the mains examination will be conducted in the month of March 2020. There are very few days left for prelims examinations. Today’s we will provide memory based question and you can also practice more Reasoning Quiz on bankersadda. For more practice, you can follow the study plan to enhance your preparation.

Q5. Which of the following element is twelfth to the left of the twentieth element from the left end of the given arrangement?
(a) 6
(b) &
(c) M
(d) $
(e) None of these

Q7. How many such numbers are there in the given series which are immediately preceded by a symbol and followed by a letter?
(a) None
(b) One
(c) Two
(d) Three
(e) Four

Q10. Statements:
Only a few lamps are bottles.
No bottle is ship.
Conclusions
I. Some ships are definitely not lamps.
II. All lamps can never be ships.
(a) Both I and II follow
(b) Either I or II follows
(c) Only II follows.
(d) Only I follow.
(e) Neither I nor II follows

Q12. Statements:
Only a few wells are mats.
All pillows are mats.
Conclusions:
I. At least some pillows are wells.
II. All wells can never be pillow.
(a) Both I and II follow
(b) Either I or II follows
(c) Only II follows.
(d) Only I follow.
(e) Neither I nor II follows

Direction (18-20): Read all the information carefully and answer the given questions:
There are eight members in the family of three generations. S is son in law of P, Who is mother of G. T is brother in law of D. M is maternal grandfather of Y, who is nephew of D. G is mother of Y. Z is sister of Y. S is not father of Y. 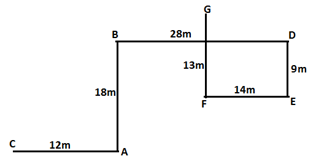 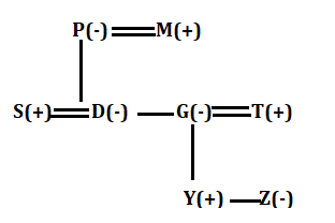 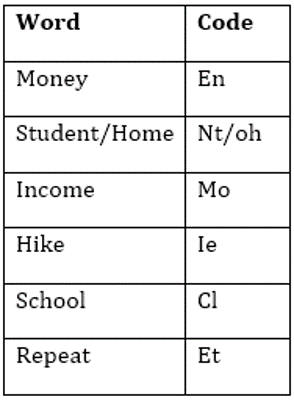