Q5. How many persons live between the floors on which the youngest and the oldest person lives?
(a) None
(b) Two
(c) One
(d) More than three
(e) Three

Directions (6-7): In each question below is given a statement followed by three courses of action numbered I, II and III. A course of action is a step or administrative decision to be taken for improvement, follow-up or further action in regard to the problems, policy etc. on the basis of the information given in the statement, you have to assume everything in the statement to be true, then decide of the suggested courses of action logically follows for pursuing.

Q6. Statement: Many people living in the slums of western part of the town are diagnosed to be suffering from malaria.
Courses of Action:
I. The municipal corporation should immediately make necessary arrangements to spray mosquito repellent in the affected area.
II. The municipal authority should immediately make necessary arrangements to provide quick medical help to the affected people.
III. The municipal authority should take steps to shift all the people staying in the slums of western part of town to other areas.
(a) Only I follows
(b) Only II follows.
(c) Only I and II follow.
(d) Only I, II and III follow.
(e) None of these

Directions (11-15): Read the given information carefully and answer the following questions:
There are six cars parked in a parking area. Cars are A, B, C, D, E, F, they all are of different weights, all are situated at some distance from each other. There is no car is situated in west of car A, D, and E. Heaviest car is 12m north of car B. Car C is 5m east of car D. Lightest car is north west of car D. Car C is not the heaviest car. Car D is situated somewhere in between car E and B vertically. Car D is heavier than both E and F. Car F is 3rd heaviest car among all the cars and is 6m west of 3rd lightest car. E is not 3rd lightest. 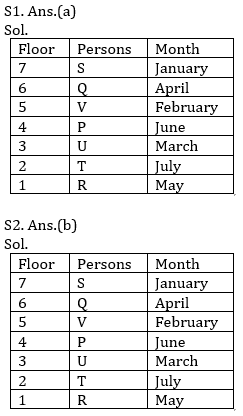 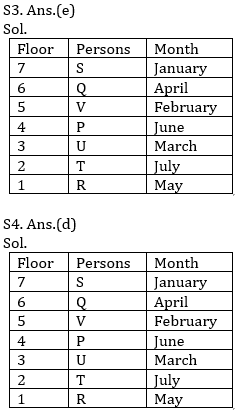 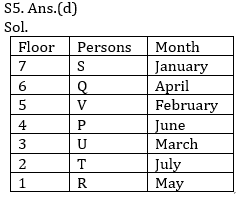 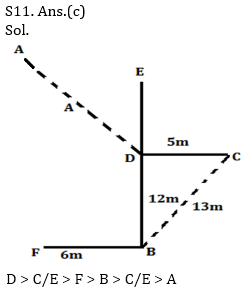 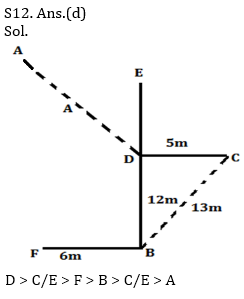 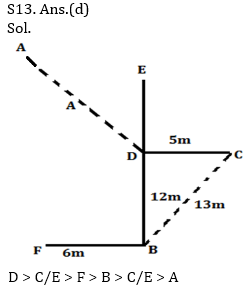 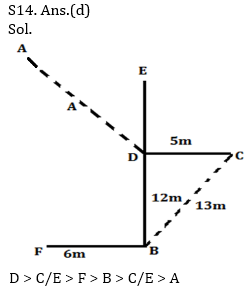 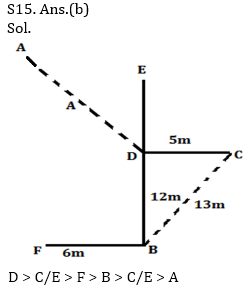