Q4. The person who works in Uttarakhand sits opposite to one who works in?
(a) Gujrat
(b) Uttar Pradesh
(c) Telangana
(d) Himanchal
(e) Madhya Pradesh

Q6. Statement: Reinforcing its commitment to green initiatives, railways will explore its future course of action to prevent pollution. Issues related to environment like solid waste management, pollution control, water management and energy management will be discussed at a workshop on ‘Environmental challenges before Indian Railways and solutions’.
Which of the following points will strengthen the decision taken by the Railways?
I. Introduction of bio-fuel and solar energy in train operation.
II. Installation of rain water harvesting facilities at major stations.
III. Waste water recycling plant is also being planned in which recycled water will be used for washing and horticulture purpose.
IV. Initiatives such as LED light fittings to reduce power consumption and use of five percent bio-diesel in diesel locos.
V. Introduction of water audit to assess consumption and wastage at major stations.
(a) All of these
(b) All except I
(c) All except I and V
(d) All except V
(e) None of these

Q7. Statement: The government is set to overhaul annual targets for public sector lenders, ending a focus on size that has long encouraged banks to inflate their loans and deposits at the year-end to hit growth objectives. Banking and government sources said that the new targets, to be discussed at meeting with top state bank officials, would focus on efficiency, with objectives set around return on assets, or return on equity, and controlling bad debts.
Which of the following points can be inferred from the given information? (An inference is something that is not directly stated but can be inferred from the given information.)
(a) Loans and deposits of the banks will go up.
(b) Some short term loans will be discouraged by the banks.
(c) Credit ratings of the banks will be boosted up.
(d) Financial stability of the banks will be lost.
(e) All can be inferred.

Q11. Statement: Discount offers provided by organized retail chains are increasingly eating into the small retailers’ pie, thus creating a problem for manufacturers in spite of the hype around the retail boom.
Courses of action:
I. An effort should be made to dissuade customers from purchasing the products on discounts.
II. All such manufacturers should stop supplying products to organised retail chain.
III. Efforts should be made by the manufacturers for commercial dialogues with the retail chain.
(a) Only I and II
(b) Only III
(c) Only I and III
(d) All I, II and III
(e) None of these

Q15. If all the letters in the word BIOMEDICAL are arranged in alphabetical order from left to right in such a way that vowels are arranged first followed by consonants, then how many letters are there in between E and D after the arrangement?
(a) Two
(b) One
(c) Five
(d) Three
(e) Four 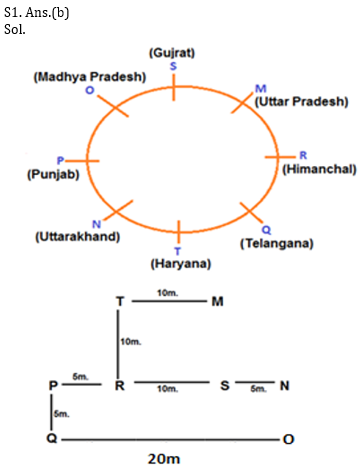 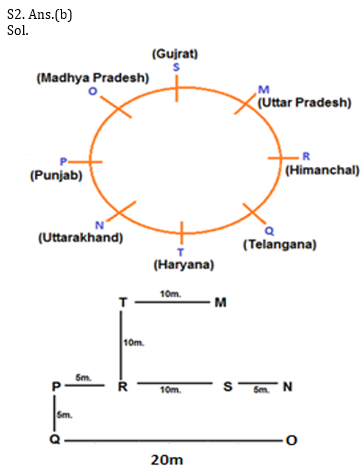 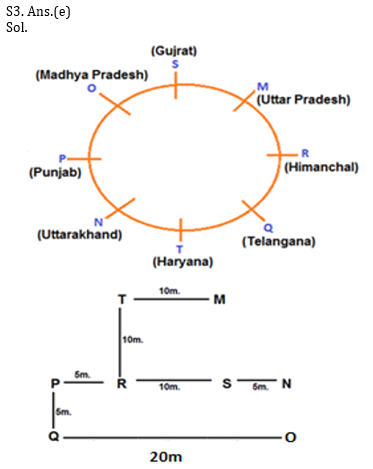 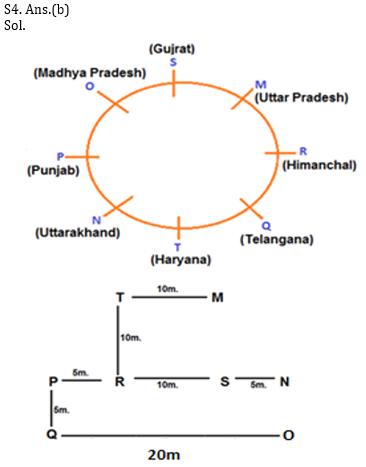 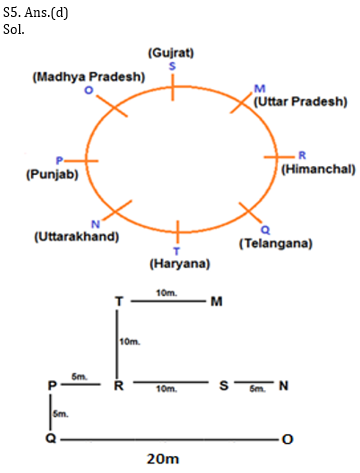 S6. Ans.(d)
Sol. All the points in the options promote green initiatives except auditing of water consumption as it is an examination of system records and equipment that may be used to identify, quantify and verify how much water passes through the system and where it goes.

S7. Ans.(b)
Sol. ‘Short-term loans’ refer to the loans scheduled to be repaid in less than a year. When your business does not qualify for a line of credit from a bank, you might still have success in obtaining money from then in the form of a one-time, short-term loan (less than a year) to finance your temporary working capital needs. 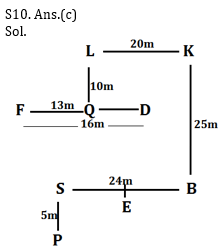 S11. Ans.(b)
Sol. III is the right way to eliminate the problem because the move will compel the organized retailers to be involved in a dialogue to sort out the problem.