Directions (1-5): Study the information carefully and answer the questions given below.
Seven persons are sitting in a row, some are facing north while some are facing south. All persons are going for vacation on different days of a week starting to Monday to Sunday.
R sits third to the right of S. More than three persons sit between P and T who goes immediate after P. More than three persons go before U. The one who goes on Tuesday facing opposite direction of the one who goes on Sunday. T sits second to the right of Q. P sits one of the extreme ends of the row. Three persons go between R and Q who goes before R. Q does not faces south. S is not an immediate neighbour of U. R goes before U. Neither P nor T goes on Tuesday. V is not an immediate neighbour of Q. The one who goes on Tuesday sits second to the left of U, who is facing same direction as Q. S goes after U. P and R facing same direction as S. V sits left of T.

Q4. Which of the following statement is true about R?
(a) R sits third to the left of P
(b) R goes on Thursday
(c) Only two persons goes after R
(d) The one who goes on Sunday sits immediate right of R
(e) All are true

Directions (6-8): In each of the question below is given a statement followed by three courses of action numbered I, II and III. You have to assume everything in the statement to be true, then decide which of the three given suggested courses action logically follows for pursuing.

Q6. Statement: The exodus from villages to cities is detrimental to both.
Courses of action
I. Rural posting must be made mandatory.
II. There should be fewer trains linking cities to smaller places.
III. Employment generation scheme should be launched in rural areas.
(a) Only II follows
(b) Only I and II follows
(c) Only III follows
(d) Only II and III follows
(e) None follows

Q7. Statement: There was a spurt in criminal activities in the city due to the recent festive season.
Courses of action
I. The police should immediately investigate the causes of this increase.
II. In future the police should take adequate precaution to avoid recurrence of such situation during festival.
III. The known criminals should be arrested before any such season.
(a) Only II follows
(b) Only I and II follows
(c) Only III follows
(d) Only II and III follows
(e) None follows 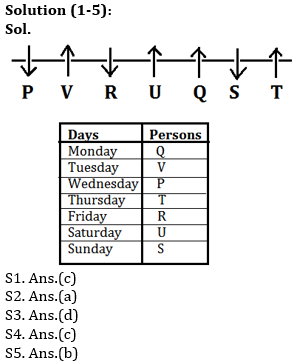 S7. Ans.(b)
Clearly III does not follows as a novice can also commit the crime. Both I and II follows as it is the duty of the police to find out the shortcomings in the existing security arrangements and make up for these inadequacies to strengthen the security and thus prevent criminal activities in the forthcoming festival.

S8. Ans.(c)
Only III follows as the statement stresses the need for all-round personality development of an individual. 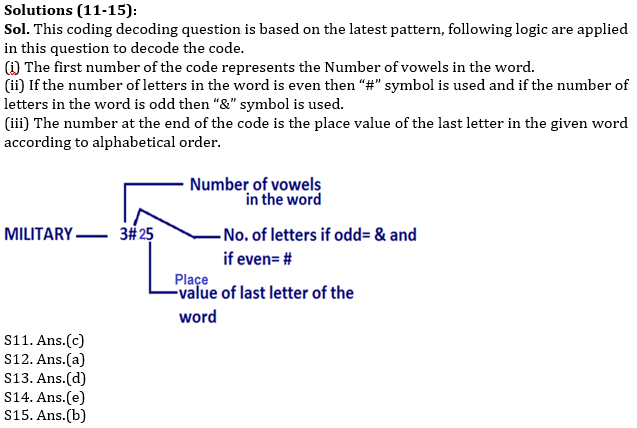