Q7. In which direction point U with respect to point P?
(a) North-east
(b) North
(c) South-east
(d)South-west
(e) None of these

Q8. In which direction point Q with respect to point V?
(a) North
(b) North-east
(c) North-west
(d)South-east
(e) None of these

Directions (9-10): Study the information carefully and answer the questions given below.
There are six persons in three generation of the family. P is father of Q. T is brother of Q. V is father of U. V is son in law of W. T is unmarried. U is niece of T.

Q12. Statements:
Only Circle is triangle.
Some circle is Square.
No square is Hexagonal
Conclusion:
I: All circle can be hexagonal.
II: Some square is triangle 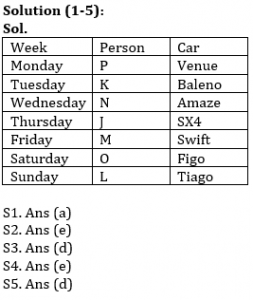 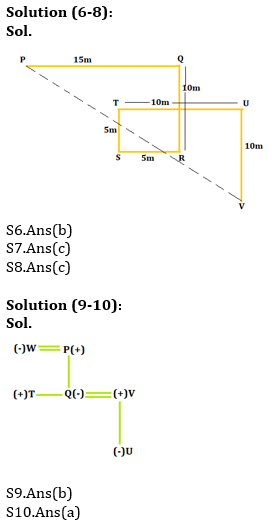 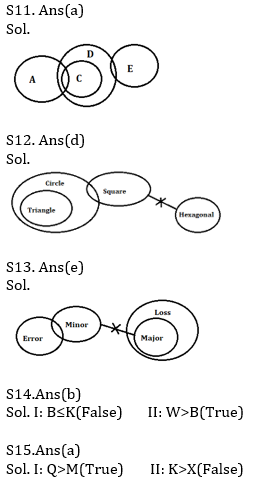