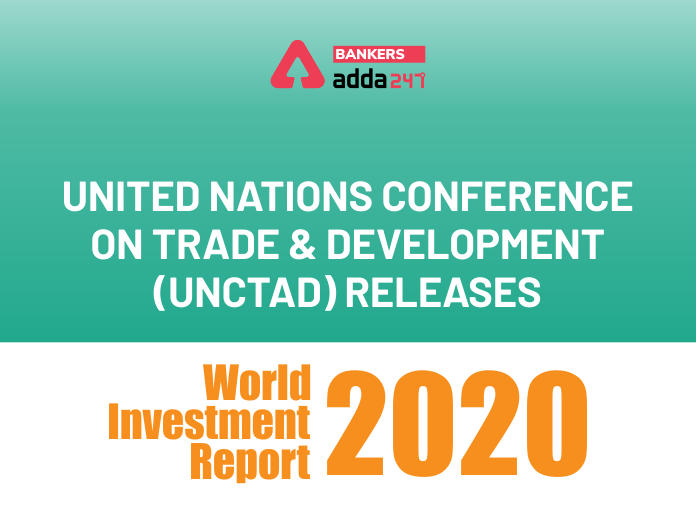 United Nations Conference on Trade and Development (UNCTAD) has released its flagship report titled as “World Investment Report 2020: International Production Beyond the Pandemic”. This is the 30th edition of the report. According to the report, the Global flows of foreign direct investment (FDI) will be under severe pressure this year as a result of the COVID-19 pandemic. The report stated that the Global foreign direct investment (FDI) flows will reduce up to 40% in 2020 as compared to its 2019 value of $1.54 trillion.

About United Nations Conference on Trade and Development (UNCTAD):