Skip to content
Latest Banking jobs   »   What Is The Salary Of President... 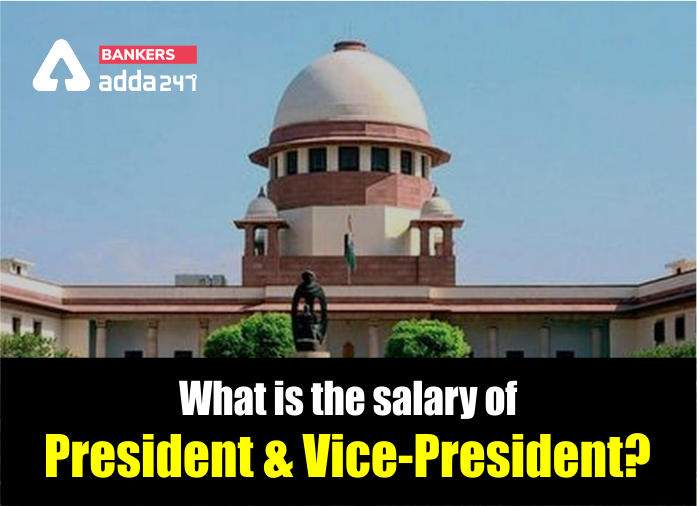 The post of President and Vice-president are the two top-most position in India. There are lots of power that is vested with the official holding these positions. One of the factor that set these posts apart is the salary offered to the official and other perks. Readers are always curious to know about the salary and perks which are offered to different official of our nation.  In this article we will be discussing the salary and perks which are offered to President and Vice-president of our country.

What Is The Salary Of President?

Given below is the salary and allowances that are currently available to the President:

Not only this, the Government of India also spends 22.5 million rupees annually on other expenses like President’s housing, Staff, Food and hosting of guests.

1. After retirement, a president will get Rs.I.5 lakh a month as pension

2. The spouses of Presidents are also eligible to  get a secretarial assistance of Rs. 30,000 per month.

3. A furnished rent free bungalow is provided after the retirement.

4. The facility of two free landline and a mobile phone.

5. After retirement, facility of travel free with a companion by train or air.

What Is The Salary Of Vice-President?

Given below is the salary and allowances that are currently available to the Vice-President:

1. Vice-President is  entitled to a daily allowance.

3. Vice-President is also given the medical facility.

4. The travel and other facilities are also provided to the Vice-President.