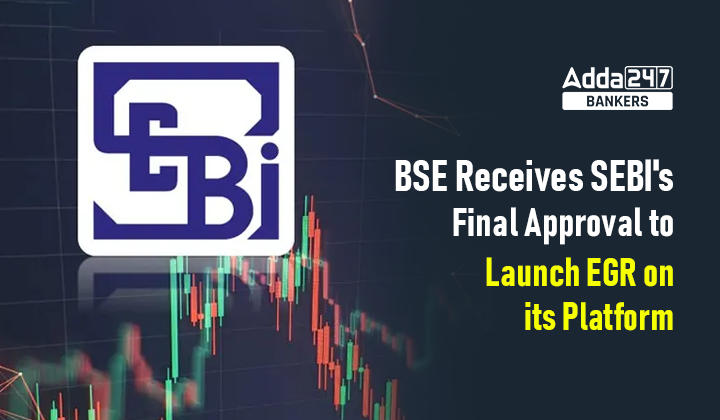 BSE receives SEBI’s final approval to launch EGR on its platform: Leading stock exchange BSE reported that the capital markets regulator SEBI has given its final permission for the introduction of the Electronic Gold Receipt (EGR) on its platform. Following the Securities and Exchange Board of India’s in-principle clearance, the BSE conducted a number of mock trading sessions for its members in the test environment to enable trading in EGRs.

What is Electronic Gold Receipt (EGR)?

The Securities and Exchange Board of India (SEBI) suggested a regulatory framework for the establishment of a gold spot exchange, intending to leverage India’s disproportionate physical market dominance to allow gold to be traded in the financial market as well. Trading gold on the financial market would be regarded as yet another method of persuading people to quit hoarding gold and to establish an exchange with clear pricing and liquidity, in addition, to directly influencing the gold price (to cash or back to gold).