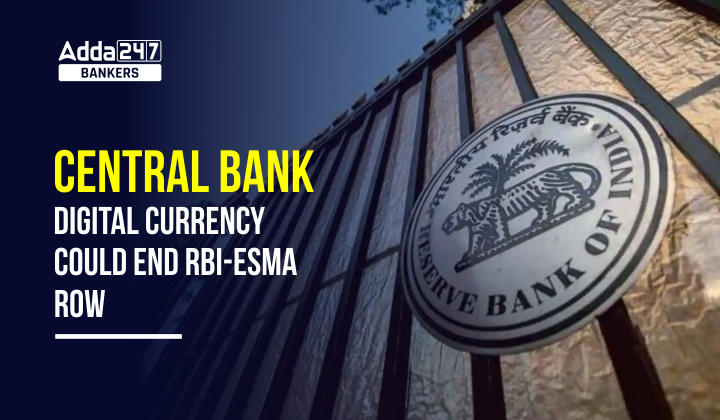 What is the problem with European Lenders?

European lenders such as HSBC, Deutsche, Standard Chartered, and Barclays make between 15% and 25% of trades in the so-called negotiated dealing system order matching segment (NDS-OM), which is run by the Clearing Corporation of India Ltd. (CCIL), one of the central counterparties for trade settlement.

The RBI does not want any foreign organisations inspecting any of the companies it controls. However, given the current global implementation, it is challenging to make an exception in this case. India needs these institutions here more than ever, and failing to follow these regulations will result in unsupportable capital charges for banks, which may force them to leave the nation.

What is the issue with the Indian Banks?

At the moment, banks are required to set aside about 2.5% of capital, or roughly 2.5 crore for every 100 crore in trades. This could increase by roughly 50 times if the Indian central counterparties do not follow ESMA regulations, making business unsustainable.
The ability to multilaterally net deals is the main benefit of a central counterparty like CCIL. This means that a bank can settle several transactions with various parties using the system, ensuring that payments and receivables are netted off.

How CBDC can address this deadlock?

The RBI-supported CBDC, a real-time gross settlement system, made its debut as a pilot. In other words, transactions are settled here between individual banks. Almost 50 government bond transactions totaling about 275 crore were settled on the system on the first day. However, bankers are unsure if it can take the place of trades on CCIL. Yes, there is a chance because the system allows for instant settlement, but there are still problems with risk management, liquidity, and how trades will be netted off. The regulators reaching some sort of agreement would be a better solution.

What is Central Bank Digital Currency?

The Reserve Bank defines CBDC as a digital legal tender issued by a central bank. It functions similarly to a sovereign currency and can be exchanged for fiat cash at a 1:1 ratio. To keep track of its records, a distributed ledger technology (DLT) like Blockchain will be used, making all CBDC transactions traceable.