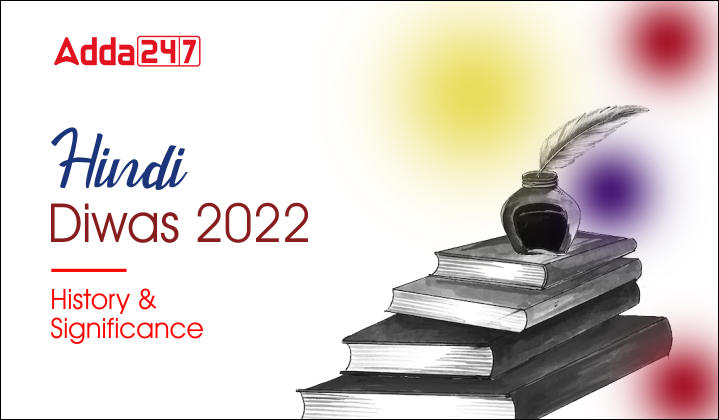 Hindi Diwas 2022: Every year September 14 is marked as Hindi Diwas. Hindi Diwas is observed to show our respect for the Hindi Language. Hindi is one of the most important and widely spoken languages in India. The World celebrates January 10 as World Hindi Day but in India, it is observed on the 14th of September. Hindi Diwas reminds the people of the country that Hindi is our Primary language. Hindi is spoken as the first language by approximately 420 million people all around the world and as a second language by 120 million people. Jawaharlal Nehru, the first Prime Minister of India pronounced to mark September 14 as Hindi Diwas. In this article, we have discussed the History, Significance, and have also provided some facts regarding Hindi Diwas 2022.

In India, the celebration of Hindi Diwas began after the country gained its independence. The Indian Constitution accepted Hindi as the National Language of India on 14th September 1949. Hindi written in Devanagri script was proclaimed as the official language of India by the Constituent Assembly and Beohar Rajendra Simha played an important role in achieving it. Beohar Rajendra Simha was born on September 14, 1916, and Hindi Diwas is marked as his birth anniversary. Under Article 343 of the Indian Constitution, the Hindi language was adopted. On 14th September 1953 the first Hindi Day was observed.

Hindi Diwas is commemorated in India to make people aware of the importance of Hindi language. All the people of the nation and especially the young generations should understand the value and significance of Hindi Diwas. At present most of the people prefer using English language and neglect Hindi. The inclination of the young ones are mainly towards English which must be prevented. To highlight the significance of Hindi Diwas and Hindi Language awareness campaigns and programmes are organized in schools, colleges, offices, and organizations. Hindi Diwas is celebrated by the Department of Official Language of the Ministry of Home Affairs in Delhi every year. Special Events will be organized on Hindi Diwas 2022 and this time it will be celebrated in Surat, Gujarat.

Some important facts regarding Hindi Diwas 2022 are mentioned below.

Q.1 When is Hindi Diwas observed in India?

Ans. September 14 is observed as Hindi Diwas in India.

Q.2 Why do we celebrate Hindi Diwas?

Ans. We celebrate Hindi Diwas because on 14th September 1949 the Indian constitution adopted Hindi as the National Language of India.

Ans. The first Hindi Diwas was commemorated on September 14, 1953.