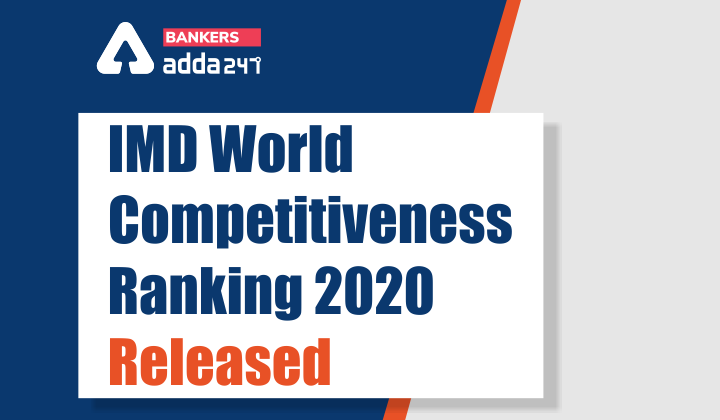 Institute for Management Development (IMD) has released World Competitiveness Index 2020. Singapore was favorite for the second year during a row. In second to fifth place, in order, came: Denmark, Switzerland, Netherlands and Hong Kong SAR. The US has moved right down to 10th place (from 3rd last year), while China has also slipped from 14th to 20th place.

India continues to stay ranked 43rd on an annual World Competitiveness Index. Among the BRICS nations, India is ranked second after China, followed by Russia (50th), Brazil (56th) and South Africa (59th). India continues to struggle on the list and therefore the recent country rating downgrade by Moody’s reflects the uncertainties regarding the economy’s future.

India was ranked 41st on the IMD World Competitiveness Ranking, being produced by the graduate school based in Switzerland and Singapore per annum since 1989, but had slipped to 45th in 2017 before improving to 44th in 2018 then to 43rd in 2019.

What is IMD World Competitiveness Index?

The World Competitiveness Yearbook is an annual report published by the Swiss-based International Institute for Management Development (IMD) on the competitiveness of nations and has been published since 1989. The yearbook benchmarks the performance of 63 countries based on 340 criteria measuring different facets of competitiveness.