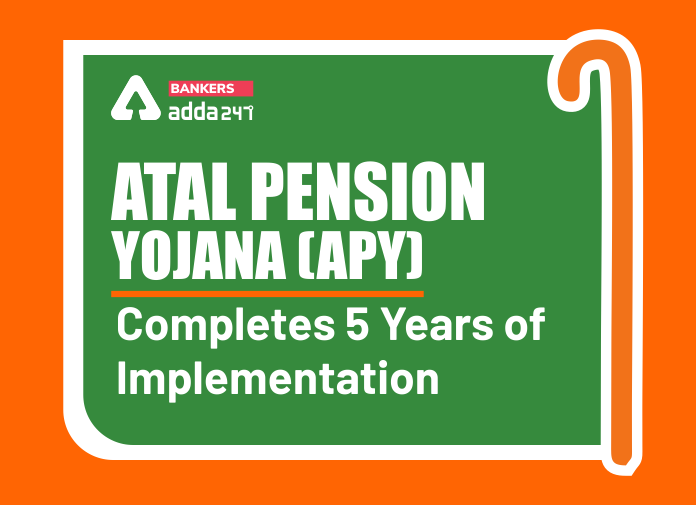 The Government of India flagship social security scheme ‘Atal Pension Yojana’ (APY) has successfully completed five years of implementation. This scheme was launched on 9th May 2015 by Hon’ble Prime Minister Shri Narendra Modi with an objective of delivering old age income security particularly to the workers in the chaotic sector and Government providing a guarantee of minimum pension after 60 years of age.

The scheme garnering 2.23 crores workers under the ambit of pension still remains unequivocally relevant for addressing the challenges of rapidly increasing ageing population of India. The scheme has been implemented comprehensively across the country covering all states and Union Territories with male to a female subscription ratio of 57:43.

APY subscribers would enjoy tax benefits on their own contributions also as their employer’s contribution under Section 80 CCD and 80 CCE.