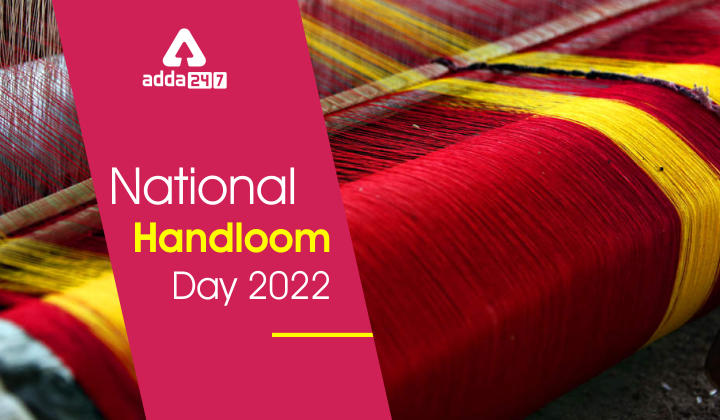 National Handloom Day is celebrated to promote diverse and rich cultural heritage of our nation. Textile and Handloom industry is the second largest industry after agriculture that boosts the economy of India as well as provide employment to the people. A large part of the population especially people residing in the rural and semi-rural areas earn their livelihood through handloom industry. 70% of the workers employed in Handloom sector are women. Handloom sector play a significant role in the socio-economic development of the country so government need to focus on the issues faced by the industry and make them prosper.

A number of schemes have been initiated by the Government of India to help the Handloom industry  like the National Handloom Development Programme (NHDP), Comprehensive Handloom Cluster Development Scheme (CHCDS), Yarn Supply Scheme (YSS), Handloom Weavers Comprehensive Welfare Scheme (HWCWS). The Textile Ministry has built Handloom Craft Villages in three states of India: Mohpara Village in the Golaghat district of  Assam; Kovalam village, in the Thiruvananthapuram district of Kerala, and Kanihama Village, in the Budgam district of Srinagar. On National Handloom Day people are urged to boycott the foreign made clothes and prefer handwoven apparel and promote the schemes of Government such as Vocal for Local and Atamnirbhar Bharat. The National Centre for Heritage Textiles (NCHT) present in Janpath, New Delhi, will host an exhibition on the 8th National Handloom Day under the Ministry of Textiles.

The Theme of National Handloom Day 2021 was “Handloom, an Indian Legacy”. Weaving is an exquisite and complicated art form that carries forward the legacy of Indian cultural heritage and through this the live and economy of our country gets empowered.

Ans. National Handloom Day 2022 is observed on the 7th of August.