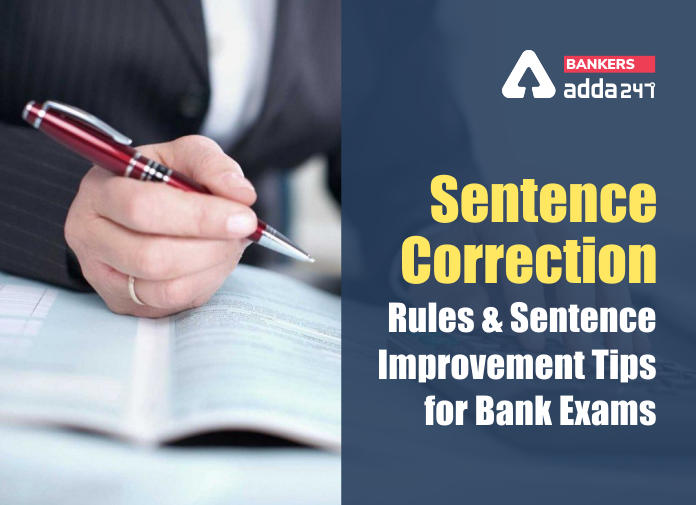 Given below are some of the tips which can help you to increase your accuracy:

1. Subject-verb Agreement:  This is one topic from where the maximum questions are formed on this topic.  In this, It is necessary to consider the verb according to the subject.  As per the rules, Verbs should always be dependent on the subject or the vice-versa.  For example- if the subject is plural then verb should also be plural, and if it is singular, then the given verb will also be singular.

2. Idioms/Phrases: So this is one topic which often comes in the category of difficult questions because sometime the idiom is used in the sentence and because we have a habit of finding errors, no matter what it says, we tend to think that this part can be wrong. For example- As you sow so shall you reap…. Going by the grammatical rules, this idiom is grammatically incorrect because we can’t use ‘as’ followed by ‘so’ but we use it in the same form in which it is written and similar questions are asked  related to idioms/phrases  and we often end it finding mistakes in it or vice versa.

4. Wrong Comparisons: This can be very confusing and we end up doing silly mistakes. Sometimes we don’t understand the sentence structure and go with the flow and end up comparing things which are not logical or equivalent. Like, we have to compare furniture with furniture and persons with persons. It is not possible to  compare a table to a person.

5. Relative noun and pronoun agreement: Another important point is that Pronoun should always have clear antecedent. If it fails to do so, then make sure it should be replaced by a proper noun. Likewise, in the noun agreement also, a person or thing can’t take a plural noun or vice-versa.

Banking Awareness: For All Banking Exams

Let’s Understand with the help of some example:

Direction: Which of the following phrases (I), (II), and (III) given below each sentence should replace the phrase printed in bold letters to make the sentence grammatically and contextually correct? Choose the best option among the five given alternatives that reflect the correct use of phrase in the context of the grammatically correct sentence. If the sentence is correct as it is, mark (e) i.e., “No correction required” as the answer.

Q24. In every cell of your body instead of your red blood cells exists a copy of your DNA.

(I) with the exceptions of

(III) With the exception of

Sol. Option (d) is the correct choice as both the (II) and (III) statements can be substituted for ‘instead of’.  Use of ‘instead of’ is incorrect as it makes the sentence illogical and contextually incorrect. ‘Except’ and ‘with the exception of’ are the examples of circumlocution which is the use of many words when one will do.  Hence both can be substituted for each other.

Q25. She hates everybody and everything which remind her of her mistakes

(II) who reminds her

(III) that reminds her

Sol.  Use ‘that’ in place of ‘which’. When two antecedents are connected by ‘and’ if one of them is a person and other an object  then we use ‘that’ as a relative pronoun. Therefore other options are incorrect.

Q27. He is far more serious practitioner now than he would have to be in the past.

(a) should have been