Skip to content
Latest Banking jobs   »   What is ANTIFA and Why Trump... 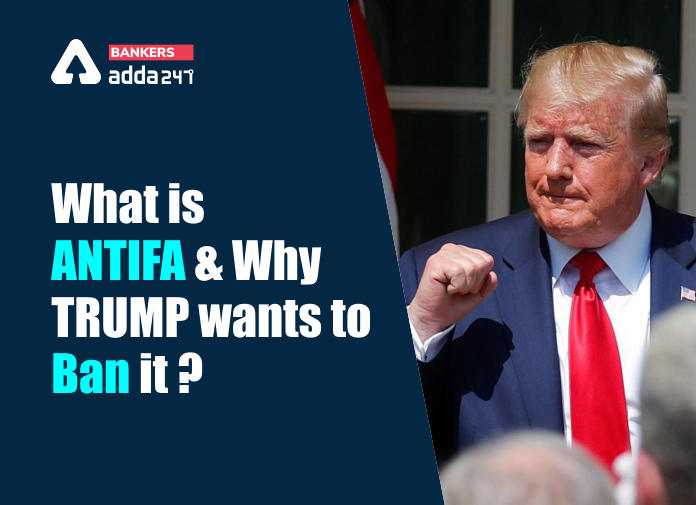 Donald Trump is again in the news due to his statement on Antifa. He has held the group to be responsible for spreading violence and protests that is taking place across the country currently. He has mentioned that the US is going to ban the group and will be labeled as a terrorist firm.

Before understanding why Trump wants to ban ANTIFA, it will be important to understand the meaning and the existence of the group. Anti-Fascists group in short is known as ANTIFA. The group has people who are inclined towards the Left politically. It does not have any headquarters or is also not controlled by any leader. But still, they have regular meetings from time to time.

There is no specific hierarchy of the members and it is quite hard to difficult the system on which the group operates. One thing that has come out is that since Trump has been elected as the President of the US, a high number of young voters have joined the group.

The group is known to join hands against a number of matters such as protests against social hierarchy, racism, and many others.

Why does Trump want to ban ANTIFA?

Recently, the media was shaken by the brutal murder of George Floyd who was a black native of the US. This has raised the fire of racism in many of the people of the US. Also, many of the groups are seen protesting against the act.

Recently, there have also been some aggressive and destructive protests taking place for the incident and against racism. Though Trump is not able to produce any witness for his statement but he holds the group ANTIFA only responsible for the destructive and violent protests that have suddenly started in the nation.

Trump mentioned at the Kennedy Space Center that the violence and destruction seen across the country currently is due to different Left-wing influenced groups such as ANTIFA. He has mentioned that the group is responsible for spreading out terrorism across the country by burning buildings, hurting businesses, and also destroying jobs all over the land.

The ANTIFA group is much different than the other Left-wing group that operates as ANTIFA is much more violent in nature. Due to their violent and aggressive acts, many of the politicians have feelings and thoughts against them. Amidst the pandemic of COVID 19, this controversy is again a big hit on the nation.