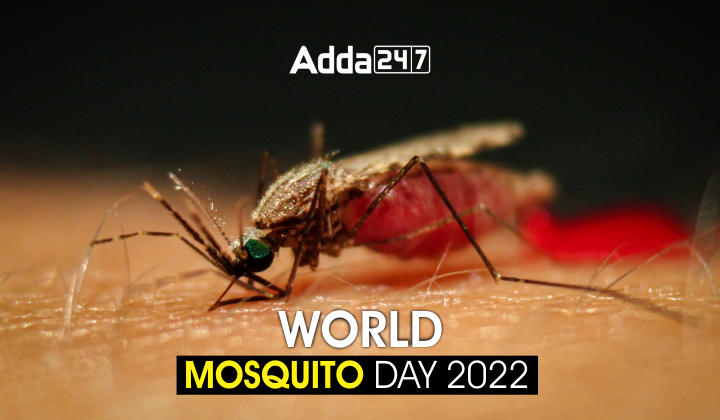 World Mosquito Day is celebrated to pay tribute to Sir Ronald Ross, a British army surgeon for his tremendous contributions. In 1980s Malaria was considered as the most deadliest disease. Sir Ronald Ross discovered the relationship between malaria and mosquitoes in 1987. The female Anopheles mosquitoes bite the human beings and then transfer the malaria parasites to them. Sir Ronald Ross was awarded the prestigious Nobel Prize for Physiology or Medicine in 1902 for his discovery. Scientists further studied the role of mosquitoes and made inventions by keeping the discovery of Sir Ronald Ross as their base.

World Mosquito Day is commemorated to create awareness among the people regarding the different varieties of mosquitoes and the diseases they are responsible for. The main vector of malaria and and lymphatic filariasis (also known as elephantiasis) is Female Anopheles Mosquito. They have pale or dark marks on the wings. The female Aedes Aegypti having black and white patches on the body is responsible for diseases like dengue, chikungunya, zika, and yellow fever. Culex mosquitoes causes Japanese encephalitis, lymphatic filariasis, West Nile fever and they posses brown scales on the body. On World Mosquito Day people are educated the measures that should be taken to prevent mosquito-borne diseases. It is always said that prevention is better than cure. People can prevent themselves from mosquitoes by using mosquito nets, creams and can prefer wearing long sleeved clothes. Since 1930s events and awareness campaigns are organized on World Mosquito Day by the London School of Hygiene and Tropical Medicine.

The Theme for World Mosquito Day 2022 is “Harness innovation to reduce the malaria disease burden and save lives”. The Theme of World Mosquito Day 2022 highlights that innovations need to be done to decrease the burden of malaria disease and through which we can save the lives of many people. At present not a single tool is available to cure the diseases of Malaria. Malaria disease can be prevented and cured but still a large number of people get affected by it globally.

Ans. We celebrate World Mosquito Day 2022 to remember the contributions made by Sir Ronald Ross, he discovered that the female anopheles mosquitoes transmit the parasite of malaria to humans.

Ans. The Theme for World Mosquito Day 2022 is “Harness innovation to reduce the malaria disease burden and save lives”.