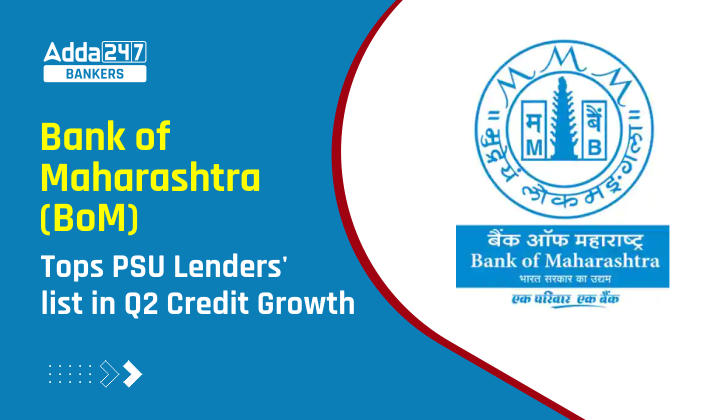 Bank of Maharashtra (BoM) tops PSU lenders’ list in Q2 credit growth: In terms of loan growth in percentage terms during the second quarter of 2022-23, Bank of Maharashtra (BoM) has emerged as the top performer among public sector lenders. According to the Public Sector Banks (PSBs) quarterly figures, the Pune-based lender increased gross advances by 28.62 percent to Rs 1,48,216 crore at the end of September 2022.

What is the Net Interest Margin (NIM)?

The net interest margin (NIM) compares the net interest income generated by a financial firm from credit products such as loans and mortgages to the outgoing interest paid to holders of savings accounts and certificates of deposit (CDs). The NIM, expressed as a percentage, is a profitability indicator that estimates a bank’s or investment firm’s long-term viability. This metric assists prospective investors in deciding whether or not to invest in a specific financial services firm by providing insight into the profitability of their interest income versus interest expenses.

About Bank of Maharashtra