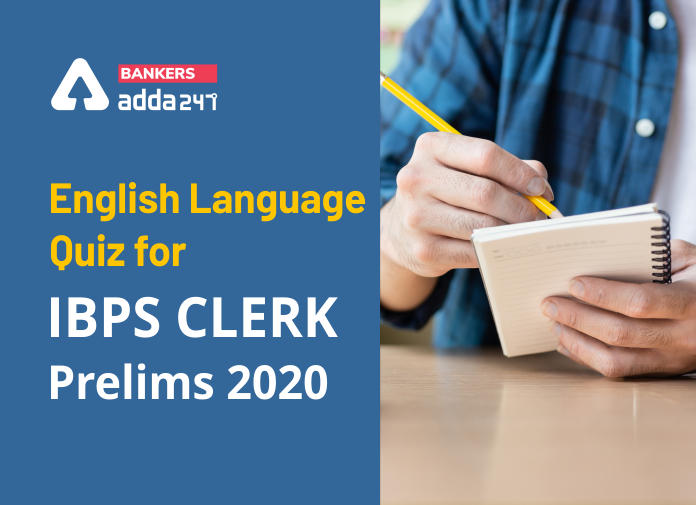 Directions (6-10): There are four sentences given in each question. Find the sentence(s) which is/are grammatically correct and mark your answer choosing the best possible alternative among the five options given below each question. If all sentences are correct, choose (e) as your answer.

Q8. (I)The Secretary and Treasurer were not present at today’s meeting.
(II) She beckoned to him, but he took no notice, not desiring to be disturbed at present.
(III) Ramu closely resembles to his father not only in physical features but also in habits.
(IV) Emotion passed over their features like ripples over a stream.
(a)Only (II) is correct
(b)Both (I) and (II) are correct
(c)Both (II) and (IV) are correct
(d)Both (I) and (III) are correct
(e)All are correct

Q9. (I)Being occupied with important matters, he had no leisure to see us.
(II)If it were possible to get near when one of the volcanic eruptions take place we should see a grand sight.
(III)I am better acquainted with the country than you.
(IV)One must use his best efforts if one wishes to succeed.
(a)Only (I) is correct
(b)Only (III) is correct
(c)Both (I) and (IV) are correct
(d)Only (I), (II) and (III) are correct
(e)All are correct

Q10. (I) As a liberal, he had been interested in contemporary politics.
(II) Ample opportunity was given for explanation and apology for the insult.
(III) Though the body is bulky, it is yet light and easily sustained by the wings.
(IV) It is suggested that a ring road should be built to relieve the congestion.
(a)Only (II) is correct
(b)Both (I) and (II) are correct
(c)Both (II) and (IV) are correct
(d)Both (III) and (IV) are correct
(e)All are correct

Directions (11-15): In the following passage there are blanks each of which has been numbered and one word has been suggested alongside the blank. These numbers are printed below the passage and against each four options are given. Find out the appropriate word which fits the blank meaningfully. If the word written alongside the blank fits the passage, choose option ‘e’ (No correction required) as the correct choice.

Socio-economically and politically, India is a very different country from the one Mr. Myrdal supported (11) during the decade he researched and wrote Asian Drama (1968). But his observation that many of the dynamic changes in the social system had enabled corruption on a bigger scale proved auspicious (12) for the post-1991 era of economic liberalization and accelerated promise (13) of neo-liberal policies. It is now well established that the facts of corruption, that is, its magnitude, spread, and effects in the polity and society, have increased casually (14) over the past quarter century. While the folklore has kept in step, the anti-corruption arrangements and actions have been limping (15) a long way behind.

S2. Ans. (a)
Sol. Use ‘types’ in place of ‘type’ because after demonstrative adjectives like these/ those/ certain/ other etc. noun is always in plural number.

S3. Ans. (a)
Sol. Use ‘have adored’ in place of ‘have been adoring’ because verbs like adore, admire, believe, rely, trust, hope etc. are not used in continuous or perfect continuous tense. These verbs are generally used in simple tense or perfect tense. Ex. I admire her, I have admitted her since I met her.

S10. Ans. (e)
Sol. All the given sentences are grammatically correct.

S11. Ans. (b)
Sol. “encountered” is the correct word replacement as it means unexpectedly be faced with or experience (something hostile or difficult).

S12. Ans. (a)
Sol. “prophetic” is the correct word replacement as it means accurately predicting what will happen in the future.

S13. Ans. (d)
Sol. “pursuit” is the correct replacement as it means the action of pursuing someone or something.

S14. Ans. (c)
Sol. “exponentially” is the correct word replacement as it means (with reference to an increase) more and more rapidly.

S15. Ans. (e)
Sol. “limping” is the correct word in context of meaning of the passage as it means proceeding with difficulty.

If you are preparing for IBPS Clerk Prelims Exam, then you can also check out a video for Quantitative Aptitude below: