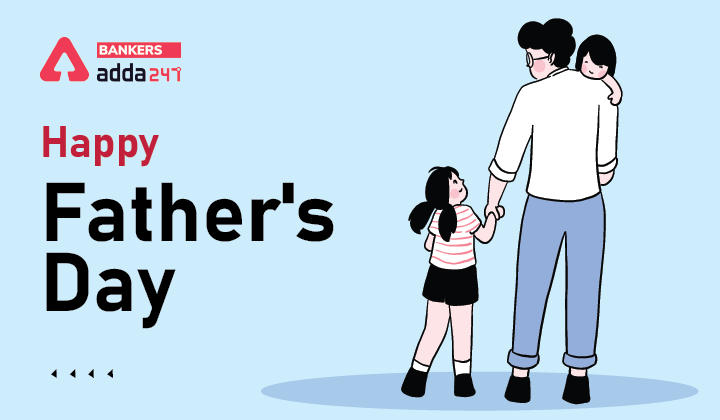 People first celebrated Mother’s Day and it proved to be successful. Later to complement mother’s day Sonora Smart Dodd realized that a day should be observed to honor the fathers all around the world while she was listening to a sermon in the church. Sonora Smart Dodd’s father William Jackson Smart was an American Civil war veteran. They lived in Spokane, Washington and she along with her father took care of her younger siblings as her mother died while giving birth to her sixth child. She went to the Spokane Ministerial Alliance and requested them to celebrate her father’s birthday which fell on 5th June as Father’s Day. But later the third Sunday of June was celebrated as Father’s Day. US President Lyndon B Johnson officially announced third Sunday of June to be marked as Father’s Day in 1966.

In December 1907, the Monograph Mining Disaster took place in West Virginia which took the lives of 361 men. Around 1000 children lost the precious gem of their life. To pay tribute to the fathers who lost their life in the disaster Grace Golden Clayton decided a day to honor them. On 5th July,1908 everyone gathered at  Williams Memorial Methodist Episcopal Church South, West Virginia to remember the departed soul.

To pay gratitude to the fathers of our community we celebrate Father’s Day. Fathers sacrifice their own life for the well being of their family. A father inculcate the true values and discipline in their children so that they grow up to be a successful and respected individual. Fathers are the ones who remain strict and do not show their love at all times to their children but they fulfil the demands in either ways. Fathers provide support to their family members in all the ways be it emotionally, financially or mentally. Every young girl and boy especially the girls lean on their fathers for moral and emotional support. They find their father as the role model and wish to become like him.

Q.1 When is Father’s Day celebrated?

Ans. Father’s Day is celebrated every year on the third Sunday of June.

Q.2 What is the history behind the celebration of Father’s Day?

Ans. The history behind the celebration of Father’s Day is mentioned above.