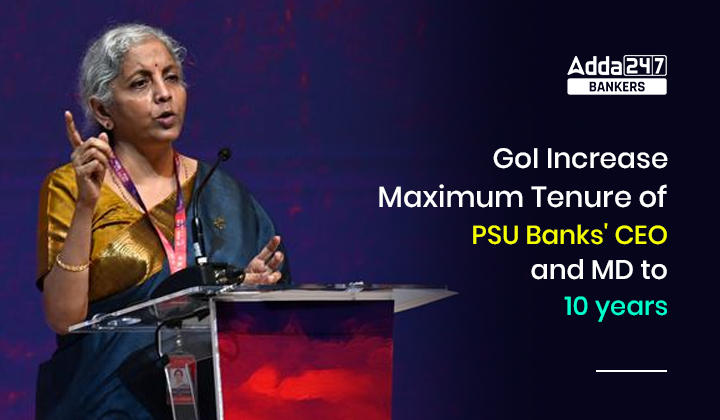 GoI increase maximum tenure of PSU banks’ CEO and MD to 10 years: The Government of India has increased the maximum tenure of the MD and the CEO of Public Sector Banks from 5 years to 10 years. This implementation will help the government to employ the best talent and hard-working people for a longer duration in the banking sector.

The key highlights of the given news are mentioned below:

Key Responsibilities of MD and CEO

As per the Financial Services Department a MD and CEO of any Public Sector Undertaking Banks has to perform 4 key responsibilities: