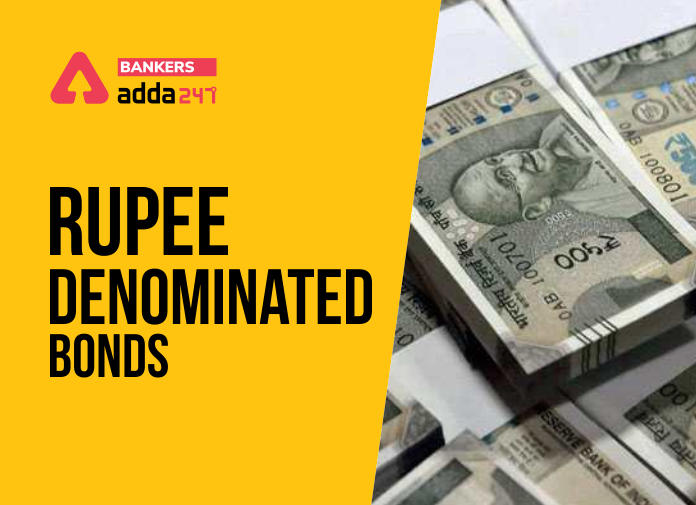 Banking Awareness is one of the most important topic. One of the commonly heard term in day to day newspaper is Masala bonds. You must have read this word while revising the daily current affairs or monthly reviews because a lot of money is raised with the help of these bonds. In this article, we will be covering everything related to this topic. What are masala bonds? What are its advantages? etc. Make sure you read it whole to understand the concept of masala bonds. This topic is usually asked in your examination like: which state raised this much money from rupee denominated bond overseas or Which is the only rupee donominated bond of India etc.

What are Masala Bonds?

When an Indian entity make borrowings from overseas market then they do then they do that through Masala bond which are  Rupee denominated.  The name masala signifies the different cuisines and their flavour which are famous overseas and hence this made them name the bond masala bond.

Other bonds Like masala bond to carry a local favour

Well, there are many bonds that carry the local flavour of there country like Masala bond and  Dim-sum is a fine example of that which is a popular Chinese dish famous in Hong Kong. Hence Chinese bonds were named after Dim-sum. Similarly, samurai bonds which are Japanese bonds were named  after the warrior community of the country.

Masala bonds can be the game changer as the success of Masala bond can play a crucial role for the economy of India. These bonds are Rupee denominated bonds raised from foreign market by Indian borrowers. Masala  bonds are pegged to India Rupee and hence the issuer does not face any sort of exchange risk. The exchange risk is mainly borne by the investor. The bonds are then listed in foreign stock exchanges to ensure liquidity and facilitate transactions in the market.

Differences between Masala bonds and ECBs

1. If the Indian bonds perform well in the market then the expectations of foreign investors and competitions will prompt Indian Government and regulators to fasten bond market reforms which will bring more investment into the nation.
2. Enthusiastic investors from overseas will strengthen Indian currency thus implying the benefits of  Masala bonds which can be good for Indian rupee, interest rates and economy as a whole.

3) One of the disadvantage which can be notice here is that  over reliance of Indian entities on overseas market for debt even if denominated in Indian currency, can become negative from the perspective of rating agencies.