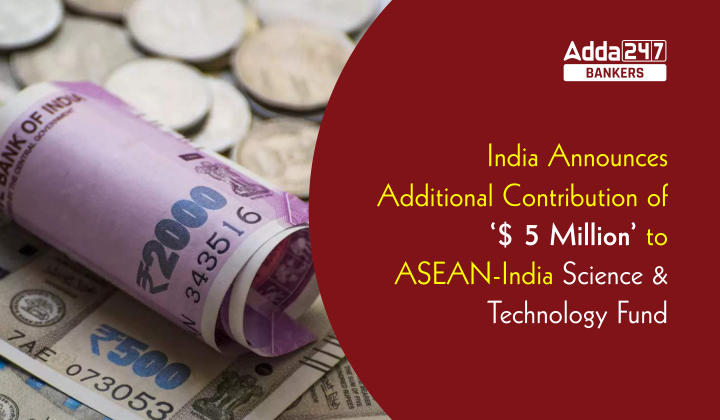 What is ASEAN-India science and technology fund?

The ASEAN-India Science and Technology Collaboration was formally launched in 1996 with the formation of the ASEAN India S&T working group (AIWGST). Initially, collaborative S&T projects and activities between India and ASEAN were supported through the ASEAN India Fund (AIF), but in 2008, MEA and DST established a dedicated ASEAN India S&T Development Fund (AISTDF) with an equivalent amount of one million US dollars to support R&D projects and associated project development activities. The AISTDF was increased to the equivalent of $5 million USD by an announcement made by the Hon’ble Prime Minister of India on the sidelines of the ASEAN-India Summit in Malaysia in November 2015. The ASEAN-India Innovation Platform is a key component of the enhanced AISTDF. The ASEAN India S&T program has supported and carried out a number of scientific projects, including the following:

Ten Southeast Asian nations—Brunei, Cambodia, Indonesia, Laos, Malaysia, Myanmar, the Philippines, Singapore, Thailand, and Vietnam—make up this intergovernmental organisation, which is officially known as the Association of Southeast Asian Nations. It is a political and economic union that fosters intergovernmental cooperation and makes it easier for its members to integrate with other Asian nations on all fronts—economic, political, security, military, educational, and sociocultural. The main objective of ASEAN was to hasten social and cultural advancement through economic growth. Promoting regional peace and stability based on the rule of law and the UN charter’s tenets was a secondary objective.